This article is over 11 years, 7 months old
Among such Yuletide gems as Kirstie and Phil’s Perfect Christmas, Jamie’s Best Ever Christmas and Lorraine Kelly’s Children’s Hospital at Christmas will be the odd film and drama that are actually worth watching.
Downloading PDF. Please wait...
Tuesday 14 December 2010

Among such Yuletide gems as Kirstie and Phil’s Perfect Christmas, Jamie’s Best Ever Christmas and Lorraine Kelly’s Children’s Hospital at Christmas will be the odd film and drama that are actually worth watching.

Spirited Away (Tuesday 21 December, 10.40am, BBC2) is a weird and wonderful Japanese cartoon where a young girl is set to work in a bath house of the gods.

Edward Scissorhands (Christmas Day, 7pm, C4). Fantasy about a misunderstood man with scissors for hands and the family that takes him in.

Chicken Run (Tuesday 28 December, 3.10pm, BBC1) is The Great Escape, only with chickens. Better than it sounds as the birds band together to take on the meat bosses.

I Am Legend (Tuesday 28 December, 9pm, ITV1). Will Smith finds himself in a post-apocalyptic world as the lone survivor of a deadly virus. Expect zombies, blood… and death.

Cromwell (Wednesday 29 December, 1pm, BBC2). Epic depiction of the English Civil War seen through the eyes of its leader, Oliver Cromwell. Alec Guinness is superb as the wonderfully aloof King Charles who loses his head.

Antz (Thursday 30 December, 10am, BBC1). An act of rebellion sparks revolution as worker ants rise up. 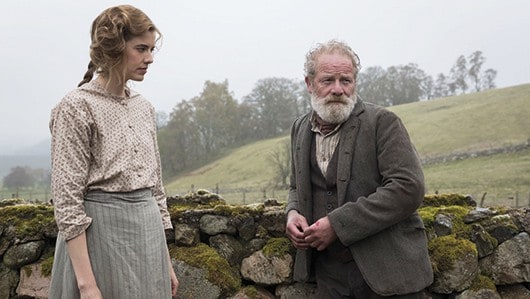