Someone to blame – a powerful play that lays bare injustice

This article is over 9 years, 10 months old
Political theatre has made something of a comeback in recent years, from the long run of the Pitman Painters at London’s National Theatre to smaller productions detailing cover-ups and corruption.
By Siân Ruddick
Downloading PDF. Please wait...
Tuesday 13 March 2012

Political theatre has made something of a comeback in recent years, from the long run of the Pitman Painters at London’s National Theatre to smaller productions detailing cover-ups and corruption.

Someone to Blame proudly stands in that radical tradition, informing its audience about a tragic miscarriage of justice.

The play details the case of Sam Hallam, convicted seven years ago for a murder he did not commit. The production, directed by David Mercatali, exposes the weaknesses of the police case against Sam.

There is a fight in Finsbury, north London. A group of young people from Hoxton go there to settle a score. A grudge between young people spirals out of control and a young man dies.

What follows is a tragic whirlwind of rumour and anger over who is responsible. A young woman—who eventually becomes the only witness in the case—makes three different descriptions of the killer, the man she says is Sam Hallam.

Tess Berry-Hart, who wrote the play, effortlessly guides the audience through the complex twists and turns.

A particularly powerful scene comes as Sam and three others stand trial. The police have several prosecution witnesses deemed “hostile” as their case falls apart.

The one witness they wanted to rely on admits in the stand that she was looking for “someone to blame” for her friend’s murder.

This, and the verdict of guilty from such a weak case, drew gasps from the theatre audience.

But there is hope in the play too. Having lost one appeal Sam’s family do not give up. In 2011 the Criminal Cases Review Commission saw that the evidence against Sam was so flawed that they sent his case back to the Court of Appeal.

The family started a campaign with a new legal team. As Sam’s mother says in the play, “I met people I never thought I’d meet in my life.” They have held public meetings, marches and pickets.

Sam’s appeal will now take place on 16 and 17 May this year. This play is part of a campaign to raise awareness and support for his case.

By the end the audience seemed almost unanimous in its verdict that Sam is innocent. Here’s hoping that the Court of Appeal agrees.

Someone to Blame is on at the King’s Head Theatre, London N1 1QN, until 31 March. Go to www.kingsheadtheatre.com for details and www.samhallam.com for more on Sam’s case 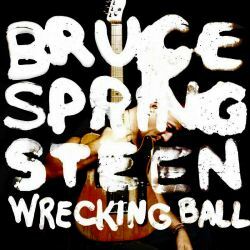 Wrecking Ball: a knockout blow against the bankers