“The revolution could not be televised”—Summer of soul review

After not going to the cinema for over a year, I was almost beside myself with excitement at the prospect of seeing Summer of Soul on the big screen. And I wasn’t disappointed.

If you enjoy that sweet spot where good music and politics meet, then you’ve probably heard of the Harlem Cultural Festival. But given the scale of the one in 1969, it’s shockingly unknown, so don’t miss the chance to find out about it in cinemas now.

Questlove, drummer and arranger for The Roots, directed the documentary after being shown some of the 45 hours of film footage that had been lying in the basement of the man who filmed it. He manages to both embrace the spirit of the festival and the political significance of the times.

The festival took place over six weekends in the summer of 1969 and brought fantastic artists to Harlem’s Mount Morris, now Marcus Garvey, park. It was a time of political upheaval and re-evaluation. The film is interspersed with news footage and references to the major events of the time, firmly putting the festival and performances into context. In the years running up to it both John F Kennedy and Bobby Kennedy had been assassinated. Malcolm X had been shot down in New York’s Audubon ballroom and Martin Luther King outside the Lorraine Motel in Memphis.

The previous decade had been one of tension and resistance, from the non-violent but determined protests of the civil rights movements to the development of Black Power and the Black Panthers. The festival reflected this with blues and gospel artists like BB King and Mahalia Jackson passing the musical baton to a 19 year old Stevie Wonder and the funk of Sly and the Family Stone.

Saxophonist Ben Branch was the last person King spoke to before he was killed. He asked him to play ‘Take My Hand, Precious Lord’ at a rally scheduled for the next day. Branch went on to lead the SCLC’s Operation Breadbasket Orchestra, working alongside Jesse Jackson. They took to the stage at the Harlem Cultural Festival to play that song. This generates one of the highlights of the film where Mahalia Jackson and Mavis Staples duet, as director Questlove calls it, the “summit of the gods”. There weren’t many people in the cinema, but I’m pretty sure most of us were moved to tears.

We also see Stevie Wonder take to the stage and metamorphasise from a Motown child prodigy into the artist who would bring us Innervisions and Songs In The Key Of Life. During his perfomance, the first men landed on the moon, an event commonly portrayed as uncontentious, if not a great advance. The film shows festival goers being asked by reporters what they thought about this. To a person their replies were about how the money could have been used to feed, clothe, house or educate the poor in society, and particularly to improve life in Harlem.

Of course one of the other big festivals of 1969 was Woodstock, and in interviews Questlove makes a very pertinent point about this. He says, “Woodstock happens two weeks after this and it defines a lifestyle, it defines a generation, defines a movement, and I wonder what would have happened if this had gone down for us, how much of a difference would it have made to my life?” One of the people interviewed in the film had attended the festival as a small child. He summarises that difference in a sentence, saying “That concert took my life from black and white to colour”.

The line-up of artists was incredible. You get to see Gladys Knight and the Pips sing and leave the stage giving Black Power salutes. We witness Sly and the Family Stone initially bemusing and then winning over the crowd, particularly young women in the audience who had never seen bands where a woman played the trumpet. Footage shows The Fifth Dimension singing Aquarius/Let The Sunshine In and saying they loved having the chance to reclaim their identity. Max Roach and Abbey Lincoln also took to the stage, as did David Ruffin, Mongo Santamaria, Ray Barretto and Hugh Masekela.

It was the brainchild of Tony Lawrence, a New York club singer who had a job in the city’s Parks, Recreation and Cultural Affairs Department. The festival first took place in 1967. Two years later he’d got the liberal Republican New York mayor on board, Maxwell House Coffee were sponsors and he had producer Hal Tulchin filming it. Speakers included Jesse Jackson and Marcus Garvey Junior. But at the time, no-one was interested in turning the footage into a film, and by the next year the festival was no more.

Questlove talks about how he, despite being a music anorak, hadn’t heard of the festival. So when he was approached by two men about making the documentary he thought they were after free tickets to the Tonight Show, where The Roots play. Nevertheless he started watching the footage and realised he was seeing one of the most significant cultural events of that era.

The Black Lives Matter movement that was reignited last year impacted upon the film. It could have closed with Jackson and Staples singing We Shall Overcome. But Questlove recalls the film’s producer, Joseph Patel, saying to him, “That’s how Hollywood would end the film….It would let people off the hook – like, See, everything’s fine, because we’re all one….But that’s not what’s happening now. We’re not having a Kumbaya moment. We’re protesting.”

So we’re treated to a glorious performance by Nina Simone as the musical climax. Straight into Backlash Blues, she then sings a song that hadn’t been released before the festival, Young, Gifted and Black, before closing with a performance of Last Poets’ David Nelson’s poem Are You Ready. The lyrics include, “Are you ready, Black people, Are you ready to do what is necessary”, no doubt an echo of Malcolm X.

You leave the film ready to do as Nina suggests, to tear down buildings, to do what is necessary. But you also leave it like you leave a good gig. Your life has been enriched, the world is a little bit better for that experience. Questlove has made a great documentary out of a great event. And crucially it is released at a time when once again people are fighting a racist system that sees the world’s richest men back in a space race whilst people starve. But it’s not just a film that highlights those inequalities. As my favourite drummer says, “it’s black joy.” 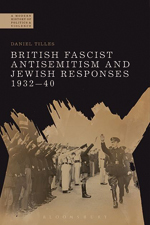