This musical tells the story of pioneering north London rockers The Kinks.

The Kinks were a working band formed in 1963, well known for their raw energy. Famously they are said to have stuck knitting needles through an amp to get the right level of distortion on the song You Really Got Me.

The problem with recorded music is that the raw spontaneity of the live show is mixed out of it.

This only gets worse with highly stage-managed musicals. But Sunny Afternoon retains an authentic feel as it tells the Kinks’ story.

The production’s musical director Elliot Ware has previously worked on shows such as The Who’s Quadrophenia.

It shows the band’s working class origins and the pressures it comes under in the US. In one scene, a journalist quips, “Are you communists?”. Lead guitarist Dave (George Maguire) retorts, “No, we’re working class socialists from Muswell Hill.” 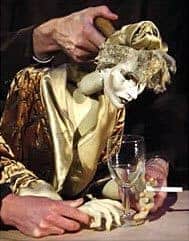 No Country for Old Men

Death and the City