The 70s: Fantasy history that pours scorn on the working class

This article is over 9 years, 9 months old
Jonny Jones is less than impressed with the BBC’s latest attempt at putting history on primetime TV
Downloading PDF. Please wait...
Tuesday 24 April 2012

Dominic Sandbrook is a historian and a Daily Mail columnist who rails against “metro­politan liberals” who reject Britain’s imperialist past.

Now the BBC has seen fit to give him four hours of primetime TV to rewrite the entire history of the 1970s in the most outrageous fashion.

Sandbrook wants to prove that the 1970s was the decade when the “twin thrills” of freedom and money—“the affluent society”—really arrived.

He thinks that a “silent majority” was held hostage by “the whims of workers” who went on strike for better wages because they were obsessed with consumerism.

He dismisses class as an old-fashioned idea that couldn’t keep up with the sexual revolution, glam rock and the diminishing status of Britain as a world power.

Sandbrook builds a narrative that carefully selects various trends, fads and fashions that bolster his position. The decade becomes a simplistic story of events that lead to other events like dominos falling in a line.

His ridiculous narrative runs alongside news clips that lend it a false sense of authenticity. So we see a young Arthur Scargill saying, “I’ve never known the employer who gives you anything. You get as much as you are prepared to go out and take.”

This is presented not as a statement of the bleeding obvious but as “an almost Thatcherite ethos”. Footage of an anti-immigration protest is presented as “the authentic voice of white working class anger”.

At every stage Sandbrook shows complete disregard for any historical context. So the struggles in Northern Ireland are presented as an “unfathomable relic of ancient history”.

He doesn’t show us the atrocities and oppression meted out by the British army. All he’s interested in is drawing a superficial parallel between IRA attacks on mainland Britain and contemporary terror attacks.

Punk is presented as nothing but an expression of youthful energy and “a chance to be rude”. The kids were just sick of people banging on about the war, apparently.

Sandbrook is very concerned to make the unions the villains of the piece. By the mid-1970s, workers’ strength was “petty, unreasonable and downright destructive” and “a chronic threat to our national interests”.

But in the end Sandbrook’s case is unconvincing. At one point he discusses how women striking for equal pay won support from “miners, steelworkers, dockers, the male working class”.

This must be surprising to someone who thinks that all anyone cared about was a new car and a holiday in Majorca. But it won’t be a surprise to those involved in the shared struggles of the 1970s and afterwards.

Sandbrook wants to present the 1970s as an inevitable progression towards Thatcherism. This is rubbish. It was the Labour Party’s betrayal of the workers’ movement that handed power to Margaret Thatcher.

But even if Sandbrook doesn’t like it, he does give us a glimpse of real working class power. This power organised across divisions, won national disputes and brought down a Tory government. These are lessons it’s worth well remembering today.

The 70s airs on BBC Two on Mondays at 9pm and can be watched online at bbc.co.uk/iPlayer

Ms Dynamite: 'Music has a role in fighting racism and the system' 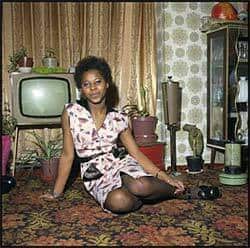