This article is over 10 years, 2 months old
The latest from left wing director Ken Loach is a heist movie set among the web of petty and not so petty frustrations of working class life.
By Alan Thomson
Downloading PDF. Please wait...
Tuesday 12 June 2012

The latest from left wing director Ken Loach is a heist movie set among the web of petty and not so petty frustrations of working class life.

Paul Brannigan plays Robbie, a young Glaswegian facing barriers and obstacles no matter which way he tries to turn.

Things change when he meets a selection of similar outcasts on community service.

They’ve all been passed over by colleges, employers and the rest.

“Even the army wouldn’t touch you,” remarks one to another.

Harry, the caring community service officer played by John Henshaw, introduces them to the aromatic delights of

Inspiration hits Robbie and he uses the skills of his new found friends in a heist to reverse all their misfortunes.

Brannigan’s cute bad boy looks are well cast as Robbie and he’s a picture of defiance in the face of overwhelming odds.

The Angels’ Share isn’t as hard-hitting as Neds from two years ago, nor does it have the same feel that we are products of the society around us.

It’s nevertheless fun to watch, humorous and a vivid portrayal of the fallout when young people are denied opportunities.

The Angels’ Share
Directed by Ken Loach
on general release

Beat from the streets

From Eton to Barcelona

Why we're not all middle class: a counter to BBC TV series 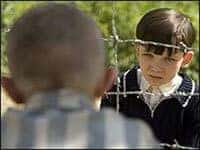