This film centres around a comfortable middle class family, seen through eyes of Bruno, the eight year old son.

His father is a German SS officer posted to command a Nazi concentration camp. He takes the family with him.

The film is directed with an astute political eye on the gross revulsion of the storyline.

The trailer describes “a timeless story of innocence lost and humanity found” and portrays a naive picture of a 1940s east European “farm” where they wear blue striped pyjamas and where, apparently, children’s friendship overcomes all.

Based on the children’s novel by John Boyne, The Boy in the Striped Pyjamas looks at the myths of German national pride and “the evil Jew”.

The older sister takes on the trappings of the Hitler Youth but Bruno becomes steadily aware of the strangeness of his situation.

He is not allowed in the back garden of his new country house, the “farm” in the distance has black smoke and there is a smell from the chimney where they burn “rubbish”.

Bruno becomes friendly with Shmuel, a starving pyjama-clad boy behind the wire.

Through these stolen trips to the back garden the inhuman realities of the situation gradually come into sharper focus.

Bruno is intent on spending more time with his new friend. The tension slowly builds towards an excruciating stomach-churning climax.

At the end the audience just sat quietly. It’s a mainstream movie with a difference, a shocking anti-fascist film and a must see. 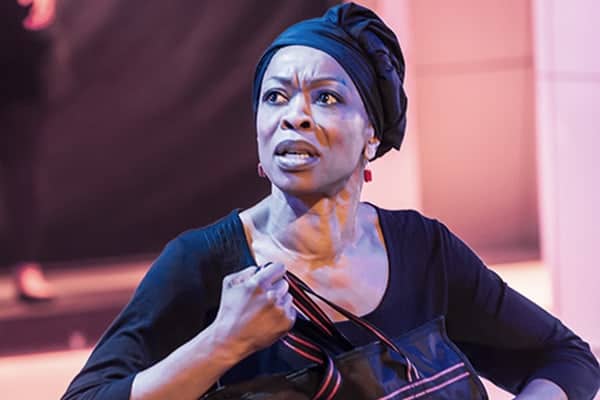