THIS exhibition is provocatively titled Politics, Sex and Death. That was enough to make me want to see it.

This is the first time much of Orpen’s work has been shown publicly since 1918, reflecting his rapid descent from fame after his death in 1931. Until the First World War, Orpen’s star was high. Born into a wealthy Protestant family near Dublin in 1878, he studied art in Britain where he settled, and became a very successful portrait painter.

Orpen was not left wing and was obsessed with his own narrow corner of Edwardian artistic society.

His grand portraits are of the celebrities of the day, including Winston Churchill.

But don’t let that put you off. Orpen was also passionate about the modern in art. His work was utterly transformed by the butchery of the war. The exhibition starts with self-portraits and society paintings. These are often lovely, but peculiarly sad and empty.

One, of his friend and fellow artist Winifred Nicholson, is an intimate setting – a family at the table – in which each figure appears estranged from the other.

Orpen was excited by modern French painters like Eduard Manet, and kicked out against what he saw as the conservatism and stagnation of Irish culture. Orpen’s paintings of women are frank, generous and intensely sensual.

However, two paintings, The Holy Well and Sowing the Seed, criticise Irish parochialism and the repressive weight of Catholicism. Orpen’s class and religion suggest an element of bigotry. Orpen regarded the nationalist rising against British rule in 1916 as treason, and never returned to Ireland.

Instead, he joined the British Army, became an official war artist, and in 1917 was sent to the Somme battlefields. He painted portraits of the British and French generals Haig and Foch, who were nowhere near the carnage of the Somme.

So far into the exhibition, so much official propaganda.

Stepping into the second room of war paintings, however, is like entering another, terrifying, world. Orpen’s studies of soldiers in the trenches, in hospital or burying a comrade are spare and touched with ghastly colours – sickly greens and electric blues light up terrible scenes. Awful shadows are cast on men’s faces, illuminating the walking dead. Sketches depict ghost-like figures.

Willam Orpen recorded the dead, refugees, and eerie unpeopled landscapes of trenches and shell craters. It is hard to reconcile these with the polished earlier portraits – they are so raw and despairing.

Even paintings of Armistice Night portray the festivities as a horrific carnival – hysterical and desperate. Harvest 1918, showing two women gathering food from land scarred by barbed wire and white crosses, while a third tries to pacify a fatherless baby, makes clear Orpen’s feelings about the legacy of the war.

His paintings at the Paris Peace Conference portray the politicians carving up the post-war world as tiny, self-important figures under an enormous hall of mirrors in the palace at Versailles, France. The glass seems on the verge of shattering, echoing the fragility of the peace.

Orpen’s disgust with the politicians’ pomposity is illustrated in the story of the final painting. To the Unknown Soldier in France shows a flag-draped coffin in a grand hall. Orpen initially added two skeletal soldiers and winged cherubs – the only result of the war was the dead. It was hugely controversial, only finally bought after Orpen painted out the soldiers.

This exhibition illustrates the impact of the war on the section of British society who most believed in it – the disillusionment at its results felt among many in the middle class, and the sense of a world uprooted that politicised even the most reluctant. 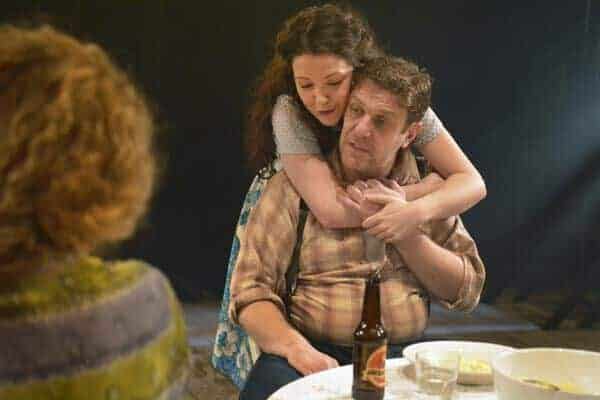