This article is over 10 years, 1 months old
As The Hunger Games makes the move from print to screen, school student Rosa Kincaid explains the appeal of the books and reviews the new film
Downloading PDF. Please wait...
Tuesday 27 March 2012

In the not too distant future what remains of North America is now the country of Panem. It is split into 12 different districts, each poorer than the last, ruled over by the wealthy Capitol.

After a failed revolution, each district has to sacrifice one girl and one boy every year. They have to fight to the death in the Hunger Games for the Capitol’s enjoyment.

This trilogy of books by Suzanne Collins follows the story of 16 year old Katniss Everdeen and her fight against the Capitol.

They are a great read and show how even the poorest of the poor can fight back against the rich. Look into the deeper meanings of the book and you see class struggle on all levels—especially after the revolutions in the Arab world last year.

One early scene involves Katniss being transported to the Capitol by train, having just volunteered to replace her younger sister in the Hunger Games. She is taken to dinner on the train and is shocked by the sheer amount of food available there.

During the games Katniss is nicknamed “the girl on fire”. She later becomes the spark to a bonfire in another sense when she helps start a revolution in Panem.

At first Katniss is reluctant to become a leader of the revolution. But she warms to the idea after realising how many people have been hurt and killed by the Capitol.

The Hunger Games have now been made into a film but I encourage people to read the books too. They are darker than the Harry Potter books and have more intellectual depth than Twilight.

I recommend them to anyone interested in revolution or any fan of science fiction and futuristic plot lines.

The film is a pretty good watch, but like most book-based films the books are better. I particularly liked the way the film portrayed dictators using

competitive sport to divide and control the masses. The film also references the poverty of the 1930s, the Holocaust and the treatment of Jews.

The Hunger Games deserve to become very big in the coming years. May the odds be ever in your favour!

The Hunger Games is on general release. Go to www.thehungergames.co.uk for more details 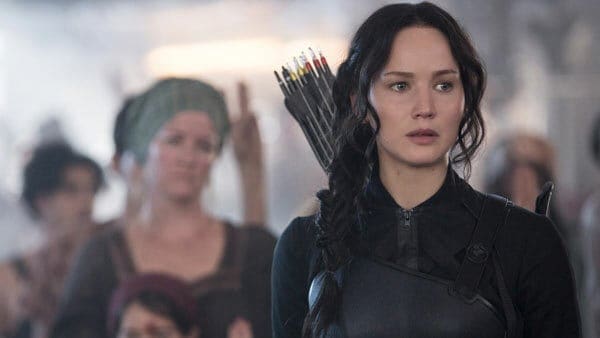 The Hunger Games: Mockingjay, Part 1 - reflecting a radical mood against the system