This article is over 18 years, 8 months old
The BBC's documentary series, The Great War, shows the First World War as a consequence of our social system
Downloading PDF. Please wait...
Saturday 17 May 2003

THE FIRST World War was the most important event of the 20th century. From its four years of mud and mass slaughter the world we live in emerged. In 1964 the BBC produced a 26-part series entitled The Great War. It is now being repeated on BBC2 on Saturday nights.

In its own right this documentary series is stunning. It is a series that educates while doing justice to the events of 1914 onwards. The cost of this war was terrible. Ten million soldiers died – about 5,600 per day for its duration. One in two who served became casualties.

Its battles were unimaginable horror. At Verdun in 1916 the French and German armies fired 23 million shells at each other. The Battle of the Somme is the worst military disaster in British history – over 20,000 soldiers died on the first morning of the attack.

This was a war fought between rival imperialist powers. But officers were rooted in 19th century military thinking while using modern industrial weapons. Machine-guns, gas, high explosives, flame-throwers and air attacks slaughtered the lines of men marching out of the trenches.

The three great empires vanished. The victors, France and Britain, were mortally wounded, and the United States became the greatest power in the world. Yet from all this horror there also emerged a great hope. In 1917 Russian workers and soldiers rose up against the Provisional Government – which had replaced the Tsar – and established the first workers’ state.

This was before circumstances allowed Stalin to take power and murder the revolution. In a world where millions thought the war would never end the Russian Revolution was a beacon.

The series captures all these events in detail. A whole episode is devoted to the Russian Revolution alone. The very first episode shows a Europe immersed in the grandeur of pomp and circumstance. But it also reveals the underlying tensions that would lead to war.

It examines the imperial ambitions of the Kaiser’s Germany as it overtook Britain in becoming the most formidable industrial power. It shows the splendour of Europe’s royal families while documenting the poverty of the working classes.

It talks about the war in a complete context that includes the waves of labour unrest, the struggle for Irish home rule and the Suffragette movement. The war is shown as a consequence of the social system and not as a consequence of individual or national traits.

Its main focus is the Western Front, where the most barbarous activities took place. This was trench warfare, the war of attrition. It lets the veteran soldiers speak for themselves and in 1964, when it was made, these men were still lucid about their experiences. As the years rolled on and the murderous stalemate continued, disillusion quickly set in. In 1916 British officials were shocked by a song the troops were singing as they left for France: ‘Send me brother, send me mother, but for gawdsakes DON’T SEND ME’.

In 1917 French troops went to the front bleating like sheep. Most of the army then mutinied and refused to fight any more offensives. By the last year of the war, in the words of another veteran ‘morale in the BEF [British Expeditionary Force] was terrible… We didn’t care which side won so long as it was over.’

The series explores many different aspects of the period. It is hard to imagine a TV company producing such a panoramic view of any historical event today. Is what it has to say still relevant? The first episodes were shown in the weeks leading up to the Iraqi war, then it mysteriously vanished.

Now, after the war is over, it’s back on our screens. Perhaps the programmers watched it and decided a few episodes of this might make viewers less sure about ‘fighting for one’s country’.
Nigel Davey

The Great War is shown every Saturday evening on BB2.

Terrorism, US power and mutants

In 24 hours you’ll be locked away in a prison hell-hole for seven years. How do you spend your last moments of freedom? Spike Lee’s answer is disappointingly obvious. Put your affairs in order, settle some scores and have one last party.

Despite great visuals, sharp editing and a moving score, the story of Monty, a drug dealer with a heart and taste for the good life, is not convincing. There are interesting moments reminiscent of Lee’s earlier films and some post-9/11 questioning. But if you were looking for the complex, gritty realism of his classic Do the Right Thing you’d have come to the wrong place.
Yuri Prasad

If you want an action blockbuster that cheers on the resistance of the oppressed, head off to see X2. The story is about a minority persecuted for being mutants. One mutant discovered his special powers after watching his parents being taken away by the Nazis. He argues mutants should wage war on humans. Another mutant wants to win the humans round and show them mutants are not a threat.

The two groups are forced to unite when the US president launches a pre-emptive strike against them.
Helen Shooter 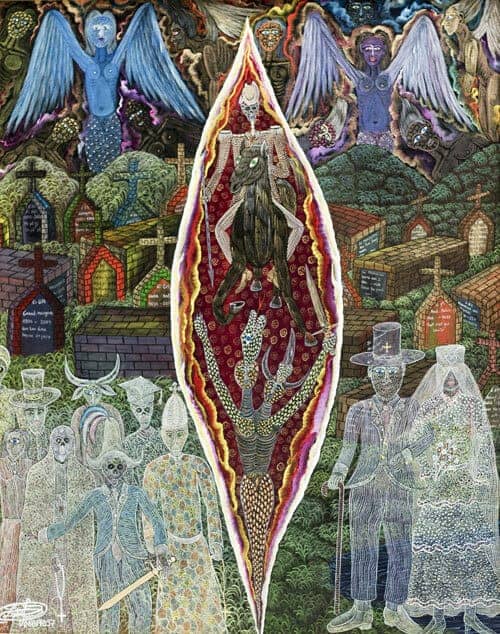 Haiti's art is a collective history

On holiday with George, Laura, Tony, Cherie and Donald 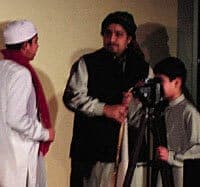 Journey from Kashmir to the steel mills of South Yorkshire