This article is over 12 years, 0 months old
Many of Socialist Worker’s readers will have read and enjoyed Barbara Kingsolver’s novel The Poisonwood Bible about the way individual lives were shaped by colonialism in the Congo.
By Sandra Jenkins
Downloading PDF. Please wait...
Tuesday 22 June 2010

Many of Socialist Worker’s readers will have read and enjoyed Barbara Kingsolver’s novel The Poisonwood Bible about the way individual lives were shaped by colonialism in the Congo.

And they will equally welcome her new novel, The Lacuna.

It ranges across the Mexican Revolution of 1910, the exile of Russian revolutionary Leon Trotsky in Mexico City in the late 1930s, the First World War and the anti-Communist witch-hunts in the United States in the 1950s.

As with her Congo book, The Lacuna uses personal history to illuminate a broader sweep of events.

The book centres on the experience of Harrison William Shepherd who wants to be left alone to develop as an individual but becomes enmeshed in huge historical processes.

He meets the great artist Diego Rivera, who hires him to mix the materials for his murals.

On moving into Rivera’s house he encounters the artist Frida Kahlo and then Leon Trotsky.

Shepherd ends up working for the revolutionary as a translator and finds himself enraptured by Trotsky’s combination of steely determination plus the ability to dream of a new world.

Shepherd says, “Is that what makes a man a revolutionary? The belief he’s entitled to joy rather than submission?”

Kingsolver is a controversial figure in the United States.

She reacted to the war in Afghanistan by saying, “We’ve answered one terrorist act with another, raining death on the most war-scarred, terrified populace that ever crept to a doorway and looked out.”

She wrote later, “the American flag stands for intimidation, censorship, violence, bigotry, sexism, homophobia and shoving the Constitution through a paper shredder.”

Her work has tackled subjects such as women in the Arizona mine strike of 1983 (Holding the Line), sustainable food production (Animal, Vegetable, Mineral) and the rights of Native Americans (Pigs in Heaven).

The Lacuna would be a great book to pack for your summer holiday. It’s also good to read on the bus, on your way to work and to engage your spare time in the evenings when the World Cup dominates everything else!

The Lacuna
by Barbara Kingsolver
Faber and Faber 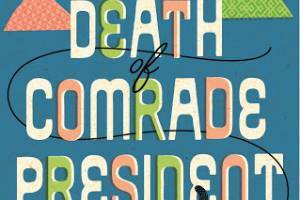 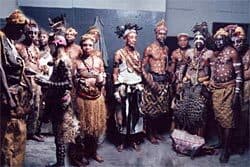 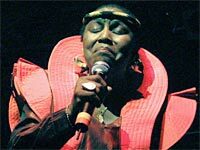