The Secret of Belonging

Josef was a Polish-born artist who fled his native Warsaw in the 1930s to escape the growing antisemitism.

He ended up living in a small mining community in the Swansea Valley.

This new play is a humorous and tender look at the relationship Herman had with Wales.

It shows how the community of Ystradgynlais became his muse and helped define his work and reputation as an artist.

The Secret of Belonging
Written by Michael Waters
Chapter Arts Centre, Cardiff
11-12 May £8 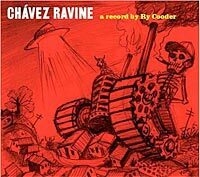