This is England ’90 – fun amid the bitterness of Margaret Thatcher’s Britain?

This article is over 6 years, 11 months old
The latest instalment of Channel 4’s This is England is a fitting return for characters shaped by the dark days of the 1980s, says Robbie Shaw
Downloading PDF. Please wait...
Tuesday 15 September 2015

Writer and director Shane Meadows kicks off his new series of This is England with a tearful Margaret Thatcher departing Downing Street to the soundtrack of There She Goes by Liverpool indie band, The Las.

But for Lol (Vicky McClure), Woody (Joe Gilgun) and the gang —now in their twenties—life doesn’t really move on.

The episode begins with a packed but accurate montage of the time.

It picks out the changes in culture, with Wrestlemania, “sniff?banging” (snorting cheap coke), and new music. But despite all this, life for our characters remains stagnant and empty.

The original 2006 film was set against the backdrop of the Falklands War in 1983. Now Britain is at war again—this time against Saddam Hussein’s Iraq.

Echos of resistance bubble beneath the surface, with scenes from the Poll Tax Riots and the Strangeways Prison Riot.

But the bitter taste of the 1980s still sticks in the mouth.

Lol and Woody are struggling to bring up their children on a lunch?time supervisor’s wage.

The first episode focuses on the younger characters Shaun (Thomas Turgoose), Gadget (Andrew Ellis) and Milky (Andrew Shim). They’ve got no jobs and nowhere to go.

There’s nothing to do in their dying industrial town except suck a milk-bottle bong and watch daytime TV in a crumbling and now privatised council flat.

The gang reunites at the town hall, getting into the “Madchester” rave scene.

It was a collective escape from the alienation and rampant ­individualism of the Thatcher years.

The parts are acted excellently and create a profound natural edginess and gentle humour.

This is England ’90 is like a gritty version of Friends—young adults struggling to adapt to adulthood.

Except here it isn’t their own immaturity that sets them back, but the fact that the government has ­confiscated their future.

Modern unemployed life seems far more fun than it was in the 1990s. But the hollowness of the characters’ lives remind us how vicious forced idleness really is.

This is England ’90. Written and directed by Shane Meadows, Channel 4, 9pm, Sunday 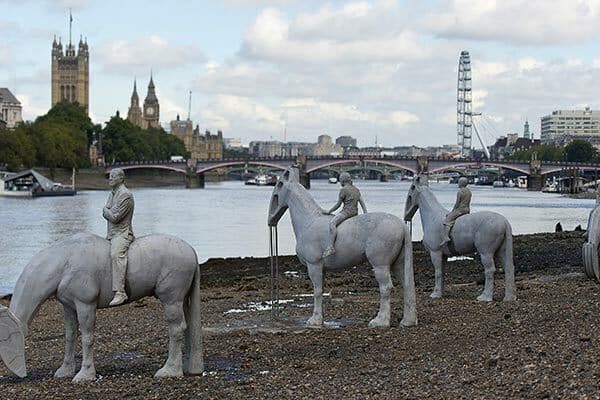 The Rising Tide packs a punch