This Robin Hood is a battling rebel

This article is over 15 years, 3 months old
The new TV series has all the key ingredients of the legend as it has developed over the last two centuries.
Downloading PDF. Please wait...
Saturday 07 October 2006

The new TV series has all the key ingredients of the legend as it has developed over the last two centuries.

Robin is on the side of his own serfs and tenants. To save them from injustice, he becomes an outlaw, along with Much the Miller’s son, Will Scarlet, Little John and Alan A’Dale.

So far, so familiar. But this Robin is really exciting. The fight scenes owe a lot to martial arts movies, with magical leaps and turns.

The plots are just as twisty and unexpected. The peasants are really grubby and hungry looking, not picturesque. The baddies are really bad.

Keith Allen clearly enjoys himself immensely playing the devious Sheriff of Nottingham with wit and cynicism.

And Maid Marian is bolshy, mocking Robin’s attempts to chat her up. This is a Robin Hood for the post-Iraq war generation. It is fitting that this Robin is anti-war, having been sickended by the crusades.

Violence, he says, never solves any problem. The Sheriff of Nottingham, in contrast, wants to stand shoulder to shoulder with the Catholic church’s crusades against Islam.

The programme makers have said that Jamie Oliver was the inspiration for this Robin, being a posh boy who acts common and has a cause.

Don’t believe a word of it, as there is no resemblance. This Robin hits the mark.

Robin Hood begins on BBC1 at 7.05pm this Saturday 7 October. Robin Hood: Rebel and Outlaw by Judy Cox is available from Bookmarks, the socialist bookshop for 50p. Phone 020 7637 1848 or go to www.bookmarks.uk.com 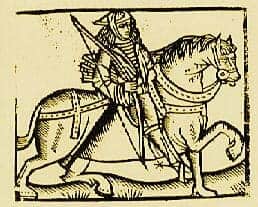