India under the Mughal Empire, which stretched from 1526 to 1858, was for a time one of the world’s most advanced societies. There were as many as 120 large cities. Delhi was said to be as big as Europe’s largest city, Paris, and was an economic and political powerhouse.

Dominating the skyline from the middle of the 17th century was Shah Jahan’s Red Fort—a 250 acre architectural wonder with jewel-encrusted ceilings. The opulence of the wealthy amazed the Europeans who came in the hope of trading for spices and later cotton.

The British, who established their East India Company in 1600, were desperate to get in on the action. But the Mughals regarded their initial offerings of wool for trade as pitiful.

They forced British representatives to wait for months and even years for an audience with their princes. Then they insisted on trading for silver.

This exhibition celebrates Mughal culture with a collection of exquisite and ornate paintings, books, tapestries and jewellery.

There are even ledgers detailing the growing wealth of the empire that use gold bordered pages marked with Persian calligraphy. Production of food and textiles is carefully itemised is such a way that even the filing of empire becomes art.

The impact of contact with the West can be seen in the depiction of Europeans in paintings and in books. These include translations and analyses of Christian doctrines.

It is here that the exhibition is strongest. Much weaker is the context in which the empire developed. Little space is devoted to the way rudimentary credit, banking and insurance schemes evolved that helped manufacturers and traders create the new cities.

Nor is there any mention of the villages which supplied the cotton goods, spices and other foodstuffs on which the growing cities depended.

So the exhibition does not explain why the Mughal Empire went into decline from the middle of the 18th century. Part of the answer is that the opulence of the powerful was wealth being transferred from the countryside and that this process caused economic stagnation.

The final section on the British destruction and looting of the Red Fort and its riches after 1857 therefore comes as a hammer blow without warning. 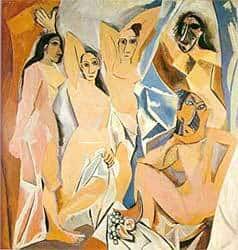