True Grit: A gritty vision of Biblical revenge in the West

This article is over 10 years, 11 months old
The train reaches the buffers that mark the end of the line—we’re in the Wild West. Our hero has come to collect their murdered father’s body and is outraged that no one seems too bothered about catching his murderer.
By Ken Olende
Downloading PDF. Please wait...
Tuesday 01 February 2011

The train reaches the buffers that mark the end of the line—we’re in the Wild West. Our hero has come to collect their murdered father’s body and is outraged that no one seems too bothered about catching his murderer.

The only way to get “justice” is to hire a marshal to hunt down the killer. Could such a clichéd Western plot ever be watchable again?

In True Grit, the bloodcurdling call for revenge is from a polite, very proper 14-year old girl, Mattie (newcomer Hailee Steinfeld). With a legalistic mind and no patience with a world that won’t take her seriously, she is unstoppable.

She asks which marshals might be available for hire and is told one is a great tracker, a second is mean with a record of brutality, while the third is scrupulously just.

This new Coen brothers release is a remake of the film that won John Wayne his only Oscar when he played Cogburn in 1969.

Some critics have complained that it is too straightforward, lacking the quirky charm that characterises the Coens’ best films. But this misses the serious drama in their films, from Blood Simple to No Country for Old Men—and the humour in True Grit.

In 1969, the original version offered a comforting self-image to a country avoiding the knowledge that it was losing the Vietnam war.

It was an attempt to reassert the traditional Western in the face of revisionist ­alternatives, from Sergio Leone to Sam Peckinpah.

Thirty years after his death John Wayne still tops polls of America’s favourite actor. He is seen as representing a frontier spirit, the confident strength and self-assurance that are supposed to define the American character.

The remake offers no such moral certainty to Americans traumatised by the disasters in Iraq and Afghanistan. Its world is far more amoral.

All around is evidence of society’s illness, especially in the racism against black people and Native Americans.

Mattie and Rooster are the “good guys” only because we follow them.

We first see Rooster lying to a court about how he killed a man in cold blood. And he cheerfully admits that he used to raid banks, “But only high interest ones—and you can’t rob a thief.”

When we catch up with the gang the “good guys” are chasing, they don’t appear significantly more reprehensible or dishonourable than their pursuers.

Both film versions are based on a novel published in the late 1960s, though the earlier one smoothed off a lot of the book’s edge and made Rooster more central.

The characters’ wonderfully formal dialogue is recreated from the book. And its formality comes from a love of words, not a cloth ear for dialogue.

The presentation of the 1870s is always believable, and Mattie’s determined young woman never comes across as a modern character transported back in time.

This is a hard world. As Mattie says, “You must pay for everything in this world. There’s nothing free except the grace of God.” 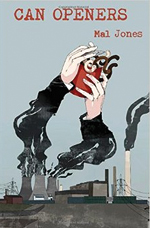 Ruth First and Joe Slovo in the War Against Apartheid 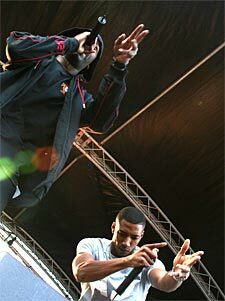