This article is over 18 years, 6 months old
A refreshing new history dispels myths about revolution and celebrates the role of the masses
By Josephine Dyer
Downloading PDF. Please wait...
Saturday 19 July 2003

Vive la Revolution by Mark Steel is a lively and witty history of the French Revolution. It is an accessible history which reclaims the 1789 revolution from the widely held idea that it was a period of terror, murder and mayhem. Steel celebrates the revolution as a time when masses of disenfranchised people played a part in radically changing the society in which they lived.

Ordinary people challenged the old regime, where the aristocracy enjoyed absurd powers and wealth while the masses toiled in miserable servitude. He shows that in the process of changing society people transformed their lives. It is refreshing to learn about action taken by diverse groups of people, such as the contingent of hungry women marching on the king’s palace in Versailles. They raided the town hall for weapons and set off on a 15-mile march from Paris in a crowd which grew to 10,000 strong.

Steel is at his best when he relates events in the revolution to his own experiences as an activist. He compares, for example, the crowds waiting around the Bastille prison to a modern-day mass picket.

Such comparisons will draw a smile of recognition from other activists, and bring them closer to their French Revolution counterparts. Steel’s humour also works powerfully against accounts, both academic and popular, which try to discredit the French Revolution.

In an episode of Blue Peter, for example, ‘We were told how ‘outside agitators’ spread untrue stories about the queen’s greedy habits. And we were shown a silhouette of a cloaked man on a horse throwing leaflets into a cobbled street. This, apparently, led to a revolution, depicted as a shadowy crowd with pikes.’ The right wing ‘historian’ Simon Schama has tried to dismiss the revolution’s importance and the breadth of its support.

Schama claims that French peasants formed village militia in 1789 not because they feared the king’s retribution, but because of a ‘concentrated form of general anxieties about vagrants’.

Steel is suitably scornful: ‘It’s just a coincidence that at that time hardened rural French folk, who had just spent months burning tax offices and fighting local militias, went all weedy and became frightened of the local beggars. In every village. By coincidence.’

As you would expect from a stand-up comedian, the book is peppered with jokes throughout. This is an inspiring and important book. It takes on the myths and distortions about the revolution. And it encourages us to question the accounts of history we are offered by an establishment which does not want us to celebrate working class struggles or dream of a better world. 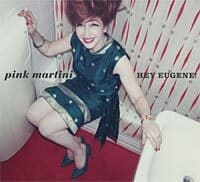 Hey Eugene! - an optimistic album that mixes its musical ingredients