The film did not live up to the preceding films and seemed unsure of what it was trying to be.

It was well made but there were several problems with the plot, characters and overall meaning.

The situation of the apes had become drastically weakened compared to the previous film where they were strong and seemed undefeatable.

In this film the apes appeared in a much more vulnerable position to start with. That’s how the film largely carries on for the duration.

There are constant scenes of oppression with very little resistance throughout.

This film lacked the inspiration of previous ones.

The suffering of the apes lasted for so long that the final climactic battle should have been boldly defiant. Instead we were left with very little build-up to a cop-out ending.

The characters were underdeveloped and Caesar the ape leader came across as defeated and vengeful, making it difficult to root for him.

The best thing about the previous films was the collective strength of the apes. In this film however, the apes rely on a weak leader.

The plot did not feel very well thought out, despite every element of it being spelled out.

The female apes play no role and are seen as caregivers.

The politics of the film were all over the place, as if the writers were unclear about what they wanted to say.

The film contains scenes resembling Auschwitz and slavery, references to the four horsemen of the apocalypse and a Holy war.

It also played on the idea of guerrilla warfare where a small elite group can liberate the masses.

It tried to cover too many topics without fully addressing any of them. 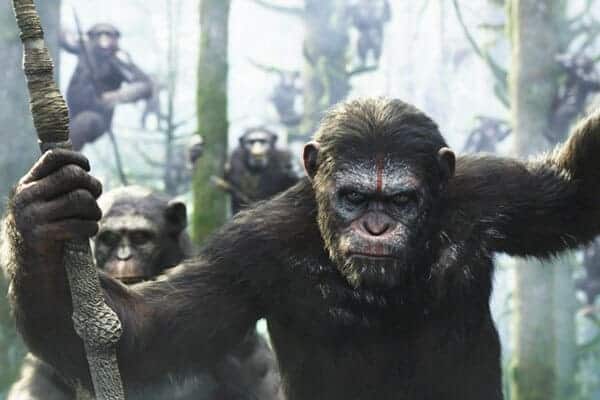