Watchdog with the deadly bite

This article is over 20 years, 1 months old
ONE OF the best accounts of the nature of the state of Israel is now back in print. It is available for a new generation of people angered by Israel's massacre of the Palestinians. Socialist Worker's pamphlet Israel: The Hijack State by Jewish socialist John Rose was first published in 1986.
By Helen Shooter
Downloading PDF. Please wait...
Saturday 11 May 2002

ONE OF the best accounts of the nature of the state of Israel is now back in print. It is available for a new generation of people angered by Israel’s massacre of the Palestinians. Socialist Worker’s pamphlet Israel: The Hijack State by Jewish socialist John Rose was first published in 1986.

The US, cheered on by Israel, had just bombed Libya, claiming the country ‘supported terrorism’. John Rose wrote, ‘The state of Israel was founded on just those principles of terror-for at its foundation Israel expelled three quarters of a million Palestinians through assassination and murderous destruction. ‘The ‘terrorists’ that Israel and the US want to put to death are often the sons and daughters of those same dispossessed Palestinians.’

We are facing the same arguments today. Israel is claiming 16 years later that it has to shoot missiles and drive in tanks to kill people in their homes to ‘stop terrorism.’ The reprinted pamphlet has a new introduction by an author who has written about the Middle East, Phil Marshall, that brings it up to date.

The arguments, facts and figures in John Rose’s pamphlet are still vital to understanding what Israel is doing today. It explains how US imperialism and control of oil in the region have been the major factors, with Israel acting as its watchdog.

Israel has been a loyal US ally, guarding against any threat to the oil supplies from neighbouring states and attacking resistance movements that could destabilise the region. Israel’s reward is money and arms from the US. Israel accounts for just 0.001 percent of the world’s population yet gets over a third of all US foreign aid. ‘Israel’s military capability only makes sense if seen directly as an extension of US military capability,’ argues John.

The US pushed its plan for how Israel should be set up through the United Nations in 1947. It meant that 55 percent of land that belonged to Palestinians was given to Israeli settlers who were only 30 percent of the population. But Israel’s massacre of Palestinians in Deir Yassin drove more families out of their homes.

Israel eventually ended up with 80 percent of the land. Five million Palestinians are refugees out of a total population of eight million. The pamphlet details the history of Zionism, the political movement for a Jewish homeland. It also charts the Palestinians’ fight for justice in the face of Israeli brutality before the intifada (uprising) which erupted in 1987 and again two years ago.

The pamphlet links the Palestinian struggle to the growing anger among workers across the Middle East against corrupt regimes, vast inequality and US imperialism. It is an exciting read that no one should be without when campaigning for solidarity with the Palestinians today.

Israel: the Hijack State by John Rose Available from Bookmarks for £2. Phone 020 7637 1848 or go to www.bookmarks.uk.com to order your copy

The film Private shows the humiliation of the Palestinians 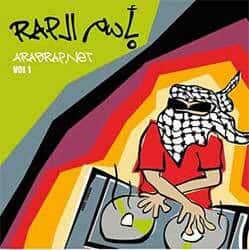