We Are Many is about the day of mass global demonstrations against the Iraq war.

Saturday 15 February 2003 saw over 20 million people across the world join a global protest against war in Iraq.

The film’s director Amir Amirani explained to Socialist Worker how the idea for the film developed. He said, “Initially it was just going to be the story of the demonstration.

“I was on the demonstration in Berlin and it was absolutely massive. But when I got back to London and I realised that there were two million people on the streets I was genuinely upset that I had missed it. 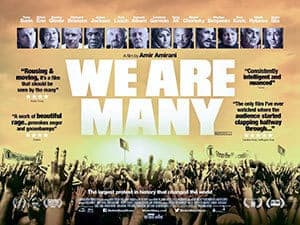 “It was the biggest day of global protest—I thought this amazing event needed to be made into a film.

“Even now people know that there was a demonstration in London, but they don’t realise that it took place in up to 800 cities worldwide.”

The film doesn’t stop at telling the story of the protests, but asks the questions raised by the movement.

“The question for many people is, ‘Was it a failure?’ We marched in our millions but didn’t stop the war,” said Amir.

“I don’t think getting two million people onto the streets of London was failure.”

The film is a testament to how that day represented a genuine mass movement that radicalised millions of people. Amir said, “Just to give one example, I had an email the other day from someone who was 22 at the time.

“They came off the London demo and were shocked to find the BBC had basically ignored it.”

Amir said, “I have people who were on the demonstration asking what was the point—people can still argue that it was a ‘heroic failure’.”

That’s a real argument the film tries to address. This is how Amir’s project began to change.

Socialist Worker at the time described 15 February as a watershed, “a turning point in global politics and the birth of a new movement”.

In the days that followed more protests, stunts and marches took place. School students walked out against the war when the invasion began on 19 March 2003.

The anti-war movement opened people’s eyes to the brutality of the system. Millions of people would never look at the world in the same way again.

Amir explained how they picked the participants. “I didn’t want it to be like a Panorama style—so we initially didn’t invite politicians.” 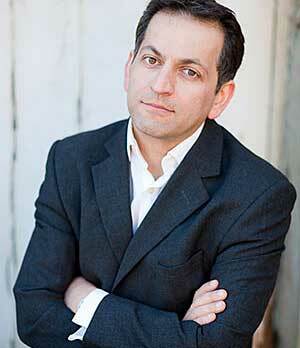 He explained, “Every story has its protagonists—and the protagonists are the people on the day. We said that you had to be an organiser, an activist or one of the people who’d been on the demonstration.

“But in the end we put in a few politicians, including some that took us to war.

“We invited Tony Blair’s cabinet and in the end got Clare Short, David Blunkett and Lord Falconer.

“It’s still related to the day itself —so they saw the demonstration and still voted for the war. How do they feel about that?”

But while people such as Clare Short do appear, they’re not pulled up for their hypocrisy of jumping on the anti-war bandwagon.

Short resigned from the cabinet after it was too late for this to make a difference.

Too much is also made of billionaire Richard Branson’s plan to fly Nelson Mandela and Kofi Annan to Baghdad to reach a settlement.

Amir said, “Some people will be cynical about this.

“What Branson shows is the huge strength of feeling against the war that cut across all demographics.”

While this majority feeling is a testament to the anti-war movement, Branson’s wheeze wasn’t part of that movement.

The film links the anti-war movement with the Egyptian Revolution of 2011.

“That changed the whole film,” said Amir. “50,000 people came out onto the streets of Cairo and briefly occupied Tahrir Square. Leftists had been expecting 200 people. The scale of that anti-war movement sowed the seeds for later revolt.

“That’s when they said, ‘We can take on the Mubarak dictatorship.’ Those activists went on to be part of the democracy movement after Tunisia sparked it off.”

The legacy of the anti-war movement made it more difficult for politicians to take us to war in Syria.

Amir said, “The film is a break with the mainstream—it’s not just about politicians saying the same lies under better lighting conditions.

“It shows that people are agents in history and that it’s not just top down. If the film achieves that then it’s a success.” 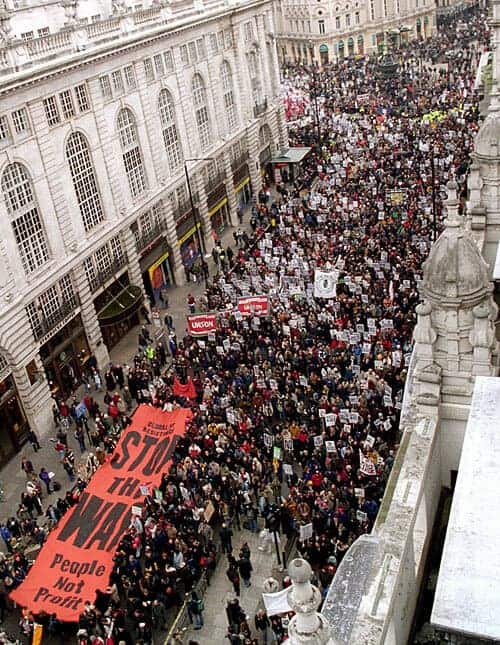 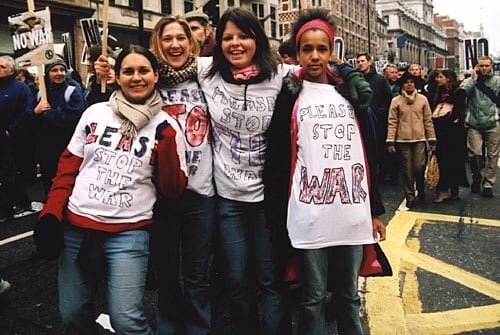