White Riot: Punk rock and racism – from London to Jakarta

In the early 1980s, the black US punk band Bad Brains would get their audience to chant, “Black and white, we come here to unite.”

This was partly a celebration of unity among the fans, but also a challenge to a movement that had flirted with racism.

White Riot sets itself the daunting task of exploring punk’s relation to race.

It is a collection of diverse articles, starting with novelist Norman Mailer’s romanticisation of black culture in the 1950s—and immediately followed by the hard-hitting response by novelist and civil rights activist James Baldwin.

The book can seem quite disjointed—one of its editors is an academic and the other a journalist and musician. Some articles are self-indulgent, others are reprints of fanzine interviews.

It touches on Rock Against Racism (RAR) in Britain and racist skinheads. And it explores international traditions, largely in the US, but also Mexico and Indonesia.

Over the past 35 years punk has developed multiple traditions. It means utterly different things to different people.

In the first few years the music and its fans were fluid and experimental. Early bands developed in a wide range of directions, and most stopped playing anything that would be identified as “punk” within a few years.

Many punks since then have been very conservative, wanting an unchanging form of vaguely oppositional music and lifestyle.

A different attitude came from bands like the Clash, where Joe Strummer’s call for a White Riot was in solidarity with black people. An article from the time by Socialist Workers Party member David Widgery captures this.

Others entirely miss the point. Roger Sabin is amazed to discover that some bands who supported RAR sometimes used racist language.

RAR brought together bands with all sorts of ideas in a bid to break the hold of the fascist National Front on young people. In the process many artists had their ideas challenged.

He regrets that something like RAR “could never happen in New York” because he wished rock could “reach some point where it might not add to the cruelty and exploitation already in the world”.

The book can occasionally forget that a real world exists beyond rock. Some essays act as if punk appears in isolation. One of the more bizarre pieces here is a racist history of modern rock and pop music that claims it was not influenced by black music.

This diatribe, from a magazine called Skinned Alive, is included because it is so ignorant as to be laughable. But there is an echo of its ideas in many histories of popular music.

Some articles are part of an argument within punk about what it should be.

Daniel S Traber talks about how middle class punks would move into poor, often black, areas. “The punks treated the Canterbury [block in Los Angeles] the way they thought it deserved.

“They behaved like spoiled kids who refuse to clean up after themselves and showed no respect for a place some are forced to live in because they lack a choice.”

But these have little in common with Los Crudos and their followers, who sang about anti-Latino racism in Spanish, defiantly stating, “We’re that spic band”.

Variants of punk have offered a chance for people to resist racism. Examples include the south London Asian band Alien Kulture in the late 1970s, and Taqwacore, the Muslim punk movement which spawned a recent film.

Both feature in the book, keeping its later sections interesting—as does the section on the Indonesian scene with its idolisation of the Sex Pistols.

At its best, punk gives a voice to those at the grassroots. But this means the ideas it expresses are far from uniform.

White Riot: Punk Rock and the Politics of Race is edited by Stephen Duncombe and Maxwell Tremblay and published by Verso, £14.99 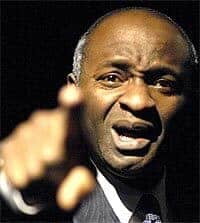 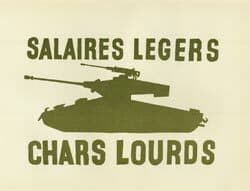 May 68 - Street Posters from the Paris Rebellion