This article is over 6 years, 11 months old
The new adaptation of Hilary Mantel’s Wolf Hall lives up to the hype and gives us an insight into the ferment of 16th century Britain, writes Sasha Simic
Downloading PDF. Please wait...
Tuesday 27 January 2015

The BBC’s adaptation of Hilary Mantel’s award winning novel Wolf Hall (2009) has arrived on our screens. It’s been heralded by an enormous wave of promotion and expectation —but could any production live up to the hype?

The Tory press felt obliged to print something negative about the first episode. After all, Mantel had offended their patron saint with the publication of The Assassination of Margaret Thatcher last year.

So The Daily Mail newspaper feebly grumbled about its “murky” lighting, before admitting that it’s a great drama.

This adaptation builds on the solid foundation of Mantel’s novels. In Wolf Hall and Bring Up the Bodies (2012), Mantel tells the familiar story of Henry VIII’s and Catherine of Aragon’s protracted divorce from a fresh perspective.

The established narrative casts Henry’s chief minister, Thomas Cromwell, as the brute behind the Reformation. He’s seen as the destroyer of England’s monastic culture, and the pragmatic schemer behind the executions of such saintly defenders of the old feudal order as Thomas More.

Mantel doesn’t see it that way. Her Cromwell is part of the vanguard of the emerging capitalist class. In the period Wolf Hall is set, England was still a feudal society.

It was ruled by an aristocratic elite whose wealth came from the land they held and the peasants who worked it.

But new ways of acquiring wealth through trade and speculation were eroding the old order. That threw up a new class, which could advance up the social ladder through its own business efforts rather than advantages of birth.

Cardinal Thomas Wolsey, Cromwell’s patron, was a butcher’s son who rose up to become lord chancellor of England, the most politically powerful figure aside from the king.

Thomas Cromwell was the son of a Putney brewer and blacksmith, but also became chancellor and then Earl of Essex. He could aspire to transform his society into a more tolerant and rational one.

For Mantel, Cromwell is the hero of the sordid history that’s unfolding—a vanguard of progress against  a decadent elite. But for all his social climbing, it was still an England under aristocratic rule.

Wolf Hall is beautifully filmed and performed. And it’s funny. “Why do you have to be such a…person?” asks the arrogant Duke of Norfolk, unsettled by Cromwell’s lack of deference.

When Cromwell is invited to dine with his arch enemy Thomas More,  he’s forced to listen to the pious More denounce Wolsey’s ambition. But Cromwell shoots back, “You’ve become lord chancellor. What’s that, a fucking accident?”

Watch Wolf Hall—because it does live up to the hype. 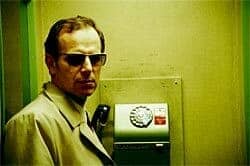 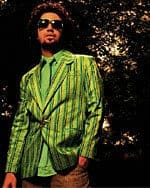 This May Hurt a Bit