This article is over 10 years, 4 months old
Lecturer Will Kaufman’s new book, Woody Guthrie: American Radical, uncovers fascinating new angles on the Depression-era musician. But Will has a novel approach to publicising his work.
By Patrick Ward
Downloading PDF. Please wait...
Tuesday 30 August 2011

Lecturer Will Kaufman’s new book, Woody Guthrie: American Radical, uncovers fascinating new angles on the Depression-era musician. But Will has a novel approach to publicising his work.

“I don’t know many other academics who sing their research,” says Will, who has been touring the US with his guitar, performing Woody’s music.

“I’ve played folk clubs, the Glastonbury festival and other events, and it took off from there.

“The question always comes up—‘how relevant is Woody today?’ I always say, you tell me!

“We’re on the brink of a depression and bankers helped put us there. In a way you can sing his songs without changing a single word.”

Woody’s songs still have a strong resonance in the US, where his 1940 ballad This Land is Your Land is as iconic as ever.

Will has carried out extensive research. “I wanted to focus on his political radicalism.

“He was more sophisticated than he let on—he was very aware of crafting a public persona to further the socialist revolution. This extended to his crafting of this naïve, troubadour persona.

“He made some duff choices, especially over his support for Stalin, which he never recanted. He turned a blind eye to it.

“But I’ve got to give him a break. When most of the left realised about the show trials and collectivisation he didn’t really have the chance to express a political shift.”

It was during this time that Woody became increasingly affected by mental health problems caused by Huntington’s disease.

Some researchers claim that Woody was a member of the Communist Party, but Will is sceptical. “There’s no proof of that,” he says.

“Perhaps he was too disorganised to join a party.

“But there was a degree of strategising—his letters are full of it. There was lots of craftiness to uncover.”

Will was inspired to start his research on Woody after 9/11.

He explained, “When George W Bush and the neocons started speaking for Americans, I wanted to find an alternative US voice which I could broadcast.

“There is a different America that wants to make a contribution to the world, and Woody’s voice conveys that.”

Will Kaufman is professor of American literature and culture at the University of Central Lancashire. Woody Guthrie: American Radical is published by University of Illinois Press, £19.99. Available from Bookmarks, www.bookmarksbookshop.co.uk or 020 7637 1848 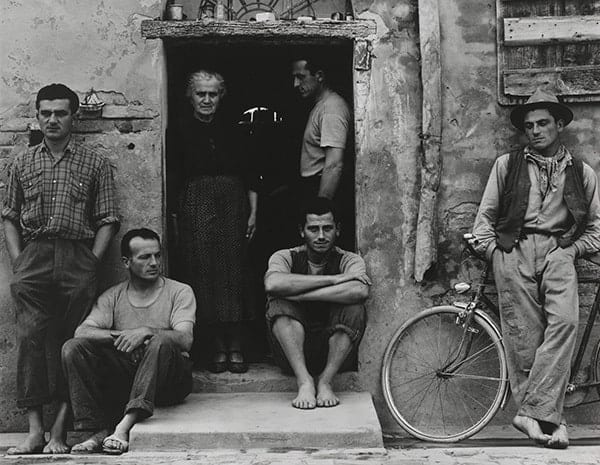 Paul Strand exhibition - Capturing the faces of those unseen

Sorry We Missed You