This article is over 11 years, 0 months old
Woody Sez is a new musical about Woody Guthrie. David Lutken, who created and stars in it, spoke to Jimmy Ross
Downloading PDF. Please wait...
Tuesday 25 January 2011

Woody Guthrie is often known as the father of protest songs. He was a massive influence on musicians such as Bob Dylan and Bruce Springsteen.

Though Woody died in 1967, his old friend and singing partner Pete Seeger performed his classic song “This Land is Your Land” at Barack Obama’s inauguration.

Woody Sez is a theatrical concert event that uses Woody’s words and over 25 of his songs to explore his life and times, his music and politics.

Its creator David Lutken, who plays the part of Woody, says, “The dustbowl and the Depression in the US radicalised Woody. That happens right at the end of the first act when he goes to California in 1936, like so many others at that time.

“There he really began his political education. He started singing on a local radio station run by a ­socialist. This brought him into contact with socialists and communists.”

Woody Sez weaves together Woody’s songs with excerpts from articles he wrote for the People’s World newspaper, to create a portrait of a true American hero. He was a man who would “always be there whenever working folks fight for their rights”.

Four actor/musicians play instruments ranging from guitar and fiddle to jaw harp and dulcimer. They bring to life the people who are the fabric of Guthrie’s amazing story.

David explains that in California, “Will Geer, the actor who remained a lifelong friend, took him under his wing as Woody developed into a champion of the disenfranchised and destitute people out there.

“That was the period in the thirties where the Communist Party in the US was really going for it hammer and tongs.”

Woody is a problem for the US establishment. They would like to portray him as an Oklahoma Hillbilly and take the radical, socialist message out of his work, but it is a hard thing to do.

David says, “Woody was born in Oklahoma, where he had many formative experiences musically, because the oil boom there brought in all kinds of different and interesting people.

“He learned from them and their varied cultures. He started his musical career as a little boy making money on the streets playing the harmonica.

“I’ve tried to get a lot of his life in the show for two reasons. His early life and the effect that his childhood had on him was major. It’s also very dramatic and gives a lot of insight into his personality. There were so many traumatic events.

“His mother was rapidly descending into madness with the onset of Huntingdon’s disease—which Woody would inherit and die from many years later.

“His house burned down. His sister died in a fire and his father was some time later badly burned. His mother was implicated in these fires and was taken away.

“Woody then went to live in Texas with his uncle where for a few years he led a sort of Huck Finn existence. We try to bring all of that into the show.”

Woody Sez has been doing its best to renew interest in the great singer. It has already appeared at the Edinburgh festival and in Brighton.

“Although the show is really more about his life than his message you can’t do one without the other. It was such a great part of his life.”

It seems that every generation has to rescue Guthrie anew from the fate of harmless folk icon, but the effort is worthwhile. Woody Sez will show you why we need to keep reclaiming him.

Woody Guthrie is remembered for “This Land is Your Land”, his anthem reclaiming America for ordinary people.

It was a contemptuous response to the success of “God Bless America”.

His songs were part of movements for union rights and against fascism and racism.

Many are still covered, including “Deportee”, that gives respect to the countless Mexican migrant workers who work on US farms.

Woody Sez is on at the Arts Theatre, 6-7 Great Newport Street, London WC2H 7JB until 2 April. Go to www.woodysez.com for audio and video clips from the show

Jimmy Ross is a folk singer. He was one of the creators of a touring show celebrating Woody Guthrie in words and music. He is currently preparing a similar performance on the Great Unrest of 1911

A black slave rebellion for the 1960s generation 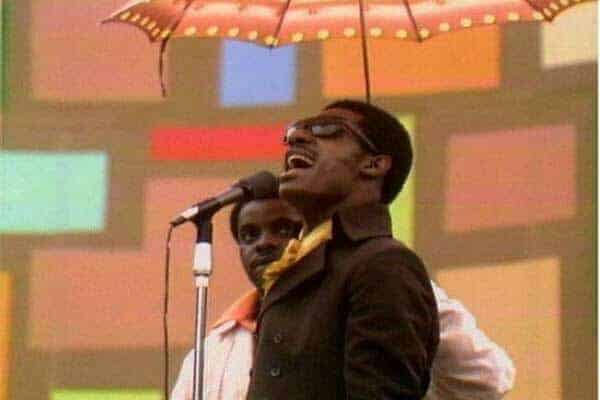 Arms and the People