The recent events in Birmingham and Paris have renewed debates about issues of ‘culture clashes’, racism and integration. Translations takes up these issues within the context of a Gaelic-speaking village in 1833, during the Ordnance Survey to map out Ireland and just before the establishment of a state education system.

Set in a hedge school – a type of sporadic and informal education paid for by the students themselves – the main characters are the drunken scholar who runs it with his son, and their students. Into this group arrives the master’s other son, Owen, an educated, cultured man who has been away in Dublin for many years, with two army officers who he is translating for while they carry out the Ordnance Survey.

The play revolves around the complexities and misunderstandings between people who speak different languages – but also the universality of human experience and emotions that transcend language differences.

The play gives some insight into the subtleties of the process through which English replaced Gaelic as the main language. English is the language of the imperialists to be forced on people in the new national schools – but for many of the characters it is also the language of progress and modernity. This duality is explored in many ways. Maire wants to learn English so that she can emigrate to America, but the need to emigrate is forced on her by her family’s poverty. She invokes Daniel O’Connell, the Irish Nationalist leader, to try to convince the master to teach English rather than Greek in the hedge school. For Owen, to whom speaking English has brought success and respectability, anglicising Irish place names represents the modernisation of Ireland as a nation. It is the English Lieutenant Yolland, attracted by what he sees as the more kind and generous spirit of Irish life, who wants to preserve the Irish place names and Irish society as he finds them. Owen’s success in assimilating, however, is shown to be only partial. The army officers don’t even know his real name because they misheard Owen, and call him ‘Roland’. In the end he is still just an Irish peasant to the army captain.

The love story that unfolds between Maire and Lieutenant Yolland, who hasn’t a word of Irish, illustrates that where there are respect and equality language is no barrier to integration. The love scene, as in the rest of the play, where both the actors are speaking English but we understand that they are completely unintelligible to each other, is skilfully and cleverly done. What Yolland fears is an insurmountable barrier of cultural difference is shown to be no barrier at all.

The scene where the army captain speaks to the Irish characters as though they were imbeciles made everyone laugh, but also squirm in our seats a bit. The pompous, patronising tone as he tells them how ‘lucky’ they are to have the British army helping them is not a million miles from how we might imagine a British army officer addressing people in Baghdad or Kabul today.

The captain has no interest in understanding Irish people, only in being understood, and language is very much secondary to this process. He makes himself understood by threatening to kill every animal in the area and evict every tenant. Ultimately we see that it is not English per se, but the language of brute force and oppression, which is the universal language of imperialism.

This is a very enjoyable play, particularly because – as well as the political themes which give the play many levels of meaning – it is ultimately about language, and Friel seems to have been as much concerned with the sound and the poetry of the words in the dialogue as with their meaning. 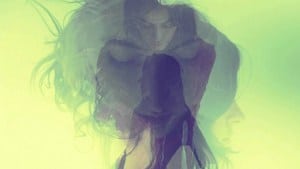 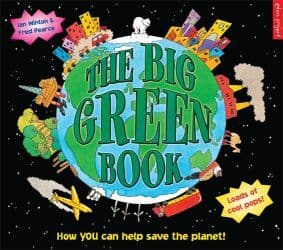