This article is over 1 years, 9 months old
US imperialism has suffered a massive historic defeat with the planned withdrawal of troops. This is being presented as some sort of success. The hard truth is very different.
By John Newsinger
Downloading PDF. Please wait...
Thursday 02 April 2020

The most powerful country in the world has failed to defeat the Taliban after years of bloody warfare. Not only is this America’s longest war, but taking into account inflation, it is the third most expensive war in US history.

A conservative estimate is that the war has cost well over $900 billion and other estimates double that figure. And there is the toll of 2,300 US dead and over 20,000 wounded.

To put it crudely the US is engaged in an arms race today in which it is effectively the only contestant. This is obviously a testament to the political clout of the arms industry rather than a response to any real strategic threat.

The notion that Iran is some sort of threat to the United States is so outlandish that even Donald Trump is probably not entirely convinced. And Trump, it is worth remembering, while on a visit to Hawaii, had to ask his chief of staff, General Kelly, what happened at Pearl Harbor!

Nevertheless this overwhelmingly powerful military machine has been defeated by the poorly armed Taliban. How did this come about? There are two dimensions to this question.

First, in general terms, the US has the military power to destroy targeted states as it has demonstrated in Afghanistan, Iraq and Libya, but it has not got the ability to put in place stable puppet regimes capable of effectively controlling the country and its population.

While the overwhelming technological superiority of the US military means that they can crush any rival military that fights them on their terms (symmetrical warfare), they have proven incapable of crushing insurgents with popular support waging a guerrilla struggle (asymmetrical warfare).

The US military is designed and organised to defeat armies that stand and fight out in the open where technological superiority can be deployed against them. It is not designed or organised to fight guerrillas who hide among the civilian population and wage a war of surprise.

Unleashing US technological superiority in these circumstances only serves to increase popular support for the insurgents.

More specifically, in Afghanistan, the initial US commitment was minimal. The Taliban had to be overthrown in response to the 11 September attacks, but the real concern of the Bush government was always intervention in the Middle East.

Al Qaeda provided the excuse for invading Iraq as a first step to consolidating US hegemony over the whole region. Syria and Iran were next in line once a stable puppet government had been installed in Baghdad. The result was disaster, a massive defeat for the American Empire, and of course, a complete catastrophe for the people of Iraq.

Back in Afghanistan, however, the US had installed in power a wholly corrupt government effectively controlled by drug traffickers whose criminal abuse of power led to a resurgence of the Taliban.

This forced a massive US commitment with the keen support of the Blair and Brown governments in an attempt to defeat the insurgents, an attempt that has failed.

One crucial factor in this defeat was without doubt the massive corruption of the people the US installed in power. Even though the US has been in Afghanistan since 2001, the country still provides more than 90 percent of the world’s heroin.

Billions of dollars have supposedly been spent on curbing this trade, but most of it has ended up in banks in Dubai, Switzerland or London.

Not only was the Afghan government not involved in the negotiations between the US and the Taliban, a display of contempt for the puppet regime, but both candidates in the recent Presidential election have declared themselves the winner.

While Trump does seem intent on pulling US troops out, he has considered one alternative: privatising the war. One of Trump’s strongest supporters is Erik Prince, the evangelical Christian who used to run the notorious mercenary company, Blackwater.

He donated $250,000 to Trump’s campaign in 2016, and was one of those investigated by Robert Mueller. He has been described as one of Trump’s “shadow advisors”. His sister, Nancy DeVos, is the US Secretary for Education, who has been charged with running down state school provision.

Prince urged Trump to hand the country over to a consortium of private military companies.

For the time being at least, the opposition to such a privatisation has been too strong for Trump to go down that road. It is certainly a development to watch out for, if not in Afghanistan then elsewhere.

One last point: Afghanistan was also a total humiliation for the British military who prided themselves on their counterinsurgency expertise.

In fact, the troops despatched by the Labour government found themselves propping up a corrupt government, too few in numbers and too poorly equipped. While the politician most responsible, Tony Blair has gone on to enrich himself, for the ordinary soldiers there has been criminal neglect.

As the Daily Mirror reported over a two month period no less than fourteen veterans of the war committed suicide. Others have fallen foul of Theresa May’s “hostile environment” and been classified as illegal immigrants, This is how the ruling class rewards those who fight its wars. 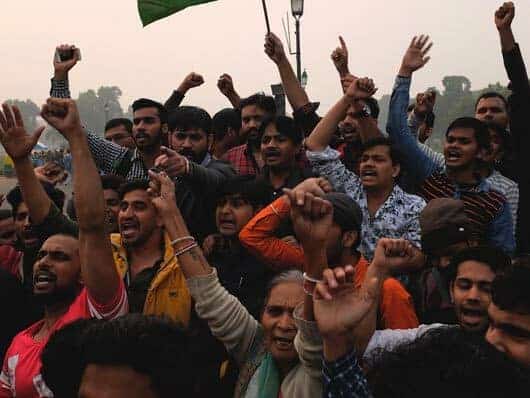