Grenfell Tower was a disaster waiting to happen. I’ve been responsible for looking after council tower blocks in the past, including some with cladding. I shudder to think about it now.

Grenfell could have happened anywhere. The lack of adequate fire safety is a deadly symptom of how council housing has been neglected for decades. Its mismanaged decline is the result of deliberate government policies of underinvestment and denigration.

There must be no attempt to cover up the truth, Hillsborough style. The victims mustn’t wait 27 years for justice. But we need to look beyond this preventable tragedy and place Grenfell in the context of a global housing crisis that sacrifices working class lives at the altar of property speculation and private profit.

The Washington Post of 25 June 2017 ran a story about The Trump Organisation’s activities in India under the apposite headline, “Where corruption is a building material”. It describes how the US president’s company is buying up tracts of land in Indian boom-cities where bribing local officials is the way to get building regulations relaxed. One insider said “To thrive in this real estate market, you must be a scoundrel.”

The next day CBS News reported that the firm that supplied the cladding for Grenfell Tower is based in New York City and knew the materials were unsafe for a high-rise. But they claimed it wasn’t their responsibility to enforce UK building standards.

These examples are a microcosm of the way capitalism puts lives at risk.

A thorough and transparent investigation, with residents at its core, needs to understand why Grenfell happened. Questions about safety inspections, cladding, fire doors, alarms, escape routes and sprinklers must be answered.

But we also need to look beyond technical and management issues.

Grenfell should prompt a fundamental review of the construction industry. It has been dysfunctional for decades and is, literally, out of control. We can’t have that from the sector that builds and maintains our homes.

The building trade has a long history of being anti-union, cost-cutting, secretive and exploitative. It’s also made up of highly-skilled, knowledgeable workers who do a vital job. Some of them were warning about the dangers before Grenfell. But the profit-driven culture of the industry means concerns from experts were ignored, just as Grenfell residents were. We won’t get homes that are genuinely affordable, energy efficient and safe until or unless the construction industry is publicly accountable.

After Grenfell we need to reappraise the extent and role of private companies in housing. Privatisation has entered every aspect of the field even when, as at Grenfell, councils are still the landlord. Multiple layers of sub-contracting, whether it’s for routine repairs or large-scale projects, haemorrhages money away from where it needs to be, creates confusion and reduces transparency.

Returning to direct, in-house labour, reporting to residents and elected councillors, would save money and improve accountability. This doesn’t have to mean creating big, remote bureaucracies. Local spending decisions should be devolved down to estate level and no contract should be signed unless approved by residents.

The housing profession also needs to change. It has become dominated by a corporate culture that undervalues those working at the bottom while inflating the salaries (and egos) of those at the top.

My union branch (Unite housing workers) recently organised a protest outside a fancy London hotel where housing association chiefs were schmoozing at tables costing £1,400. They walked past the tenants who were paying for this jolly as though they were the great unwashed. The housing gravy train needs to stop. After Grenfell everyone in the sector, but especially senior managers and housing associations, needs to remember what they’re paid to do — and who by.

Grenfell has also exposed deeper concerns about our increasingly socially and ethnically divided cities. Nowhere is this more apparent than the Royal Borough of Kensington and Chelsea. But the chasm between rich and poor is becoming the hallmark of the early 21st century city and it’s the housing market that’s widening the gap. Even after the sub-prime crash of 2008 governments around the world remain in thrall to speculative property investment and private home ownership. But even the Tory government has described the housing market as “broken”.

The political and policy domination of home ownership has been at the expense of those shut out from it. Tenants are treated like second class citizens, presented as being “subsidised” when, in fact, far more public money is spent on subsidising the private housing market. This false perception feeds into how people living in non-market rented housing are treated.

The Grenfell Action Group repeatedly raised concerns about the condition and safety of their homes. They were ignored. This wouldn’t happen to residents of other, “luxury” high-rise blocks like the ones at the Barbican Centre (asking price £1.4 million for a two-bedroom flat). What happened at Grenfell wasn’t primarily about design. It was about class.

Perhaps the most disturbing and poignant aspect of our failed housing and urban policy highlighted by Grenfell is that we still don’t — and may never — know how many died or who they were. There was a fire on the estate I manage a few years ago. Only after did we discover that several of the people living there were not only unknown to us, but to each other.

The chronic shortage of genuinely affordable homes has created a chaotic and fractured situation where overcrowding and sub-letting thrive at the expense of residents. We don’t necessarily want constant checks on who’s living where and when (an impossible task anyway), but Grenfell exposes how our cities are being anonymised by the housing crisis.

A large-scale, long-term, national investment programme in council housing isn’t a panacea for these problems, but it is the way to begin fixing our broken housing system. To do this, we need to learn not only the lessons of Grenfell, but of past policy.

In the context of cuts in frontline services, housing management has become too remote and impersonal. As council housing has shrunk, its stigmatisation has grown. This contributes to relationships that are too often adversarial and disrespectful. Tenants and resident-leaseholders shouldn’t have to fight to receive the service they’re entitled to. They should be sovereign.

Rebuilding council housing from the bottom up can be the catalyst for retaking control of our housing policy. Besides its other qualities, the most important thing about council housing is that it is not a vehicle for private profit and speculation. Isolating a significant proportion of our homes from the volatility of the market makes housing more affordable for everyone.

The rapid growth of the under-regulated private rented sector is a direct product of the scarcity of council housing, which is now the only truly affordable rented tenure. People forced into private renting face constant rent rises, sub-standard conditions and are never more than two months away from an eviction notice. It’s likely some of the Grenfell victims were among them.

Allowing the return of unscrupulous landlords costs £9 billion a year in housing benefit paid to private owners. That money could and should be used to build top-quality, energy efficient and safe council homes with rents and security that enable people to live a life, not risk losing it.

Like never before — and in the name of Grenfell Tower — we must fight for a better housing future for all.

How We Beat the Bankers 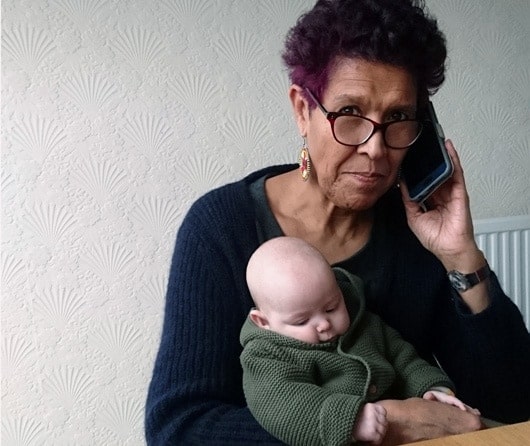 Grenfell: ‘We can leave a legacy so this never happens again’