All About Eric: A Cautionary Tale

I wrote a letter to the ‘Guardian’ about six years ago suggesting there might be two Eric Hobsbawms. One ended his book on the 20th century, ‘The Age of Extremes’, by describing the system as out of control and threatening all of humanity. The other was at that very time praising New Labour’s approach to politics.

Both Erics are present in this autobiography. There is the Hobsbawm who still calls himself a Marxist, who wrote ‘Labouring Men’ and ‘The Age of Revolution’, is scathing about the revisionist and postmodernist historians, is damning about the Blair government, and still insists on left wing political commitment.

But there is also the Hobsbawm who backed the Labour right against Tony Benn, told us the poll tax could never be beaten, extolled the Italian Communist Party’s cosying up to the Christian Democrats, and sponsored the ‘Marxism Today’ gang as they galloped towards a political yuppieland of interviews with Tory ministers and columns in the Murdoch press.

The contradictions are as glaring in his account of the past as of the present. His account of the 1930s is heavy on the politics, and mentions so many of his own relatives you cannot possibly keep track of who’s who. But it dismisses in a sentence the possibility of successful working class resistance to Hitler in the years 1930-33 if the Communists had tried seriously to force the Social Democrats into a united front. There is hardly a reference to the great strikes in France in the summer of 1936 (although he was in Paris at the time).

The autobiography is similarly disappointing when it deals with the postwar decades. There is a cursory account of the opposition that arose inside the Communist Party in 1956, after Khrushchev denounced Stalin’s crimes before going on to crush the Hungarian Revolution. Hobsbawm was a leading figure in the opposition, even if he stayed in the party when thousands of others left. But there is little sense of the excitement of those years.

The picture is much the same with the late 1960s. At the time Hobsbawm was enthusiastic about the May events in France, and expressed this in Tariq Ali’s paper ‘Black Dwarf’. The enthusiasm is missing from the autobiography, which sees 1968 as little more than a footnote to a wider rise in youth culture. Hobsbawm the historian seems not to have noticed that in the wake of the student revolts came a massive wave of workers’ struggles.

There is much about his two decades of activity as an enthusiastic Communist. But it lacks the sense of day to day involvement in struggle that you get, for instance, from Edward Upward’s novels ‘In the Thirties’ and ‘The Rotten Elements’. The references to Hobsbawm’s friends and acquaintances in the international Communist movement on both sides of the Iron Curtain provide few insights into what they really thought. His account is much less interesting than the autobiographical volumes of Jorge Semprun, ‘What a Beautiful Sunday’ and ‘Communism in Spain in the Franco Era’.

There are odd flashes of the other, better Eric. He is scathing about the oppression of the Palestinians. He shows how ill thought-out were Guevarist schemes for guerrilla warfare in Latin America, while recognising that the mass of the continent’s people desperately need some sort of revolution. He is unreconciled to US imperialism. He pours derision on those who were well rewarded time-servers under Stalinism and now present themselves as heroic freedom fighters in the ‘Daily Telegraph’. And he insists that ‘history from below’ has to be integrated into a broader, total account of events.

But such scattered insights do not make this biography of more than passing interest. The better Eric has written some important works (‘Labouring Men’, ‘Industry and Empire’, ‘Nations and Nationalism’, ‘The Age of Revolution’, ‘The Age of Capital’, ‘The Age of Empire’). This is not in the same league. 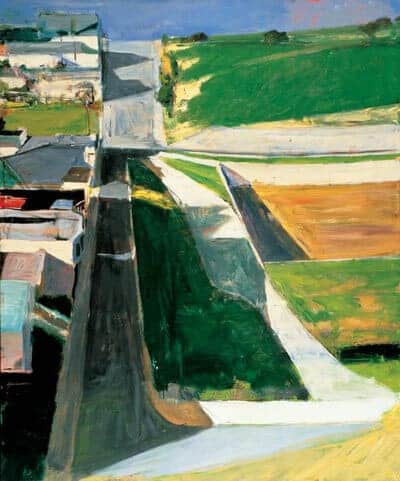