This article is over 13 years, 4 months old
I'm in trouble with some readers of this magazine. It all stems from my column about dance in the last issue. Several people have objected to me writing about dance and "bourgeois" institutions like Sadler's Wells and the Royal Opera House.
By Martin Smith
Downloading PDF. Please wait...
Monday 01 September 2008

In this month’s letters page one reader complains that this is “art for rich people and says absolutely nothing about the world I live in”.

This is not a new debate. The argument surrounding so-called “high culture” and “popular culture” has raged for decades. The Proletkult movement that arose after the 1917 Russian Revolution proclaimed, “In the name of our future we are burning Raphael, destroying the museums and trampling on the flowers of art.”

Art does not exist above society. The divisions and inequalities that shape our society are reflected in art and culture. The fact that wealth and power are concentrated in the hands of the ruling class means that it seeks to possess and control art and attempt to use it in its own interests. This generates a “class divide” in the arts – the division between “high” and “popular” culture.

Whole areas of the arts appear to be cut off from the majority of people. It is true that you can spend up to £260 to see a performance at the Royal Opera House, but you can also buy tickets for as little as £7 for the same event. Of course the cost of tickets can deter working class people but many are prepared to spend a lot on entertainment and the arts. It costs £35 to see West Ham play football and the average price for any major rock or pop concert is now £28. What is more of a deterrent is the perception that “high art” is only for the rich.

We need to shout from the rooftops that all culture should be available to everyone. It is important to dispel the myths that working class people are only interested in TV soaps, football and bingo. In 2006 nearly 6.5 million people visited the four Tate art galleries – no one can argue that these are just the rich. Likewise Sadler’s Wells claims that at some performances over 40 percent of the audience was black.

Most artists don’t accept this false division in art. I recently read an interview with RZA from the Wu-Tang Clan. Some of the biggest influences on his music are the films of Akira Kurosawa, Chinese opera and the music of Aaron Copland – hardly ghetto style!

What at one stage is described as “low culture” can be appropriated by the establishment. For example, the music of jazz pioneers like Duke Ellington developed out of the nightclubs of Harlem. At the time it was regarded as “good time” music. Today it is regarded by some as “high art”. Mozart’s The Magic Flute was seen as “low culture” when it was written in 1791. Now it is the epitome of “high culture”.

The messages and values of “high culture” do not transcend class – they are designed to exalt the ruling class and help maintain society in its current state. But the same rule applies to “popular culture”. It’s not just about big business; it is also a means of disseminating political ideas. Most Hollywood films reinforce the ideas of the family and “American values” and much of rap music glorifies wealth creation.

We should throw out the terms “high art” and “popular art” and use good art or bad art. If you love The Wire TV series you will love the works of Charles Dickens. Dickens “high art”? The Wire “low art”? Rubbish! Just powerful art.

As Leon Trotsky said, “Art should, in the first place, be judged by its own law, that is, by the law of art. But Marxism alone can explain why and how a given tendency in art has originated in a given period of history…”

Artistic questions cannot be reduced to political ones. The best art exposes the contradictions in society and expresses emotions that no history book can convey. Jane Austen’s Pride and Prejudice may have been written over 200 years ago, but its portrayal of social mores and relationships is still powerful. Likewise, to reduce Marvin Gaye’s album What’s Going On to just pop music is to dismiss one of the most haunting condemnations of US society by a man tortured by the world in which he lived.

If I ever get a chance to make a proclamation on art, it would state, “In the name of our future we want everyone to have the chance to see the paintings of Raphael, open the doors of the museums and create a society where a million flowers of art can bloom.” 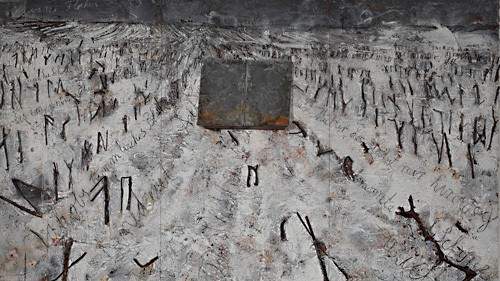