This article is over 7 years, 5 months old
The radical left has a real opportunity to build on the referendum vote, argues Carlo Morelli, as neither the "austerity-lite" of the Labour Party nor the SNP's "one nation" addresses the needs of the working class.
By Carlo Morelli
Downloading PDF. Please wait...
Tuesday 03 March 2015

The Scottish Independence referendum in September 2014 marked a watershed in Scottish politics. It created a dynamic change in Scottish politics and arguments as to the implications for the future. Central to this debate is the question of class, as it was the movement of the working class that determined both the outcome of the referendum and its consequences.

Before the spring of 2014 the referendum campaign was a localised, small-scale affair. Even within the radical left part of the campaign the RIC conference in 2013, numbering 1,000, was significant at the time but nothing on the scale that followed. “Poverty”, “inequality” and “a different Scotland” were the key phrases being used by all during the high point of the referendum campaign. However, these phrases were often nebulous and ill-defined so that they could be used by the Labour Party in the No campaign as well as the SNP in the Yes campaign.

Both the No and Yes campaigns studiously avoided linking these ideas to ones of class for the key reason that to do so would mean a discussion of redistribution between classes as opposed to Scotland uniting in cross-class “one nation” solutions. This inability to identify with class was the key failure of the Yes campaign. If we contrast the two televised debates between Alistair Darling MP for the No campaign and Alex Salmond MSP for the Yes campaign this is clear.

In the first debate Salmond lost the argument due to his inability to explain convincingly what it would do with sterling. Salmond stated that if they were not permitted to use sterling they would not take part of the national debt but he never extended this to the question of class by discussing working class debt — payday loans, credit card, car loans or mortgages. This failure in the first debate forced the Yes campaign to tack left and Salmond went onto the offensive over the NHS, poverty and inequality in the second debate.

The impact was immediate with the polls now for the first time beginning to indicate a majority for Yes. Yet, even here, the SNP limited their appeal to the working class because it undercut their rightwing support in their traditional rural electoral base. The outcome of this was that the major Yes votes were in the urban cities, particularly Dundee and Glasgow, whereas their traditional support in Perth and the Highlands failed to gain a majority.

Research undertaken by Edinburgh University suggests a large swing in the vote took place in the last two weeks of the campaign. We should recognise that Gordon Brown’s and George Galloway’s entry into the campaign was an attempt to utilise their greater credibility with working class communities than the official No campaign. Their approach also focused on working class fears for jobs and living standards — with food prices rising and investment being withdrawn. So the No campaign also began to recognise the importance of class but in terms exacerbating a weakness of confidence as a result of austerity, not the possibility that another Scotland is possible.

This class argument galvanised 45 percent of voters to support independence. But the reticence of the SNP and the Yes campaign to develop arguments based on issues such as redistribution led to the failure to win a majority. The SNP’s cross-class politics left the door open to the Labour Party to appeal to fears within the working class.

A class analysis is important for another reason, that of how socialists understand the changes since the referendum. The SNP are already the major beneficiaries of the referendum campaign. However, the question of class has not receded from the debate. Instead it is likely to intensify and poses new challenges for both the SNP and those to the left of the SNP. This is most evident in the public sector where £150 million of cuts to council budgets are leading to thousands of job cuts in the sectors where trade union concentration is highest and is in the centres of the organised working class.

With victories in the May election further bolstering the SNP’s parliamentary influence across Scotland and the next Scottish elections only 15 months away the question of class will become stark. Class is central to declining support for the Labour Party. While playing on fears in the referendum they are recognised as failing to provide anything remotely like an alternative to either the Tories or the SNP.

The decision of the Trade Union and Socialist Coalition (Tusc) to run candidates in the general election provides a much needed opportunity to place the question of class, redistribution and socialism at the centre of debates within working class communities. The agreement across the left in Scotland between the SSP and Tusc to coordinate candidates is a small but important step in the development of a real alternative to Labour’s “austerity-lite” or the “one nation” social democracy of the SNP. 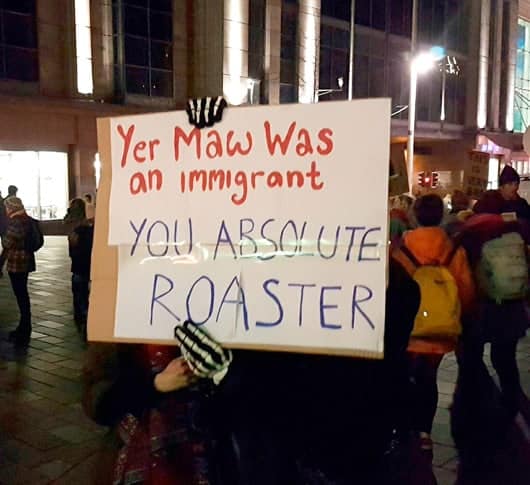 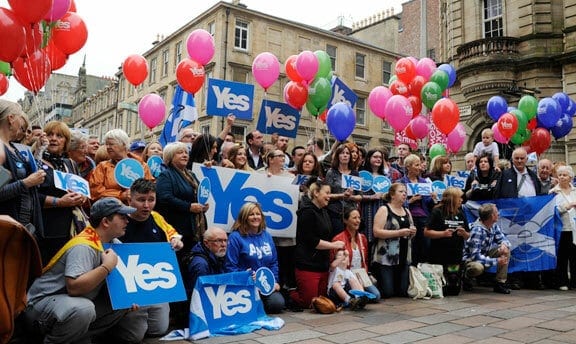 Scotland, independence and the left