Anthropology at the Dawn of the Cold War

At its best, anthropology is about asking the big questions. Is there such a thing as human nature? What is the difference between humans and other animals? How can we account for the myriad of ways people have developed to live on this planet?

This collection of essays, edited by Dustin M Wax, is a useful reminder of the political significance of these questions and the extent to which governments have been prepared to go to ensure that they get the “right” answers.

Many of the authors have been active in resisting the drafting of anthropologists into the “war on terror”, highlighting one important reason to re-examine previous periods when anthropologists were called to the service of the state. The essays focus on US anthropologists working in the period after the Second World War and before the Vietnam War.

The editor makes the important point that the history of anthropology should not just be a history of ideas and thinkers. Anthropologists must face up to the effects of political forces of their work and the political implications on their work. While a few of the essays may only be of interest to a specialist, at least four are engaging and relevant to anyone interested in Marxism, the Cold War, international development and human nature.

The first essay recounts the story of Ashley Montagu, once a very famous figure in US anthropology and public life, and author of Man’s Most Dangerous Myth: The Fallacy of Race. Just before the start of the Cold War, Montagu was invited to found a new anthropology department at Rutgers University, but soon afterwards, university trustees began to complain about his progressive views on women, race and human nature.

The FBI started a file on him, and he was eventually hounded out of Rutgers and out of academia. Rutgers did eventually start an anthropology department – but one based on profoundly biological determinist ideas.

To this day the department has an ongoing study measuring the symmetry of the bodies of Jamaican school children, and using this data to predict aggressiveness and other traits. Direct political intervention helped shape what is acceptable within the discipline. Sadly, Montagu is now virtually unknown.

Karl Wittfogel is the subject of the second essay. As a former member of the Communist Party of Germany, his academic research concerned Karl Marx’s Asiatic Mode of Production and the importance of irrigation systems to the development of despotic state systems.

Virtually unique among US-based academics, he was allowed to write openly Marxist material throughout the Cold War. Wittfogel was given this freedom because at the same time he was regularly, and apparently eagerly, passing names to a Senate committee persecuting suspected Communists.

Anthropologists interested in materialist analyses were attracted to Wittfogel’s work and began inviting him along to their conferences – despite the knowledge that his testimony had helped to destroy the lives and careers of several of his former colleagues.

Among the most famous anthropologists who began to collaborate with Wittfogel was Julian Steward, who probably remains the most widely known materialist anthropologist. Steward is known for his theories of cultural ecology, which asserts that physical environment affects culture and multilinear evolution, which is based on the idea that there are several different patterns of progress toward cultural complexity. What is less known is the shameful role Steward played in working for the US’s Indian Claims Commission (ICC).

The third essay describes his role. When the Shoshone Native American people tried to make a land claim to the US government, Steward functioned as both a legal adviser and expert witness. He argued that the Shoshone had no hierarchical structure of authority and therefore no collective identity, and so no rights to their traditional lands. He continued to advise the commission and testify in several other cases.

Anyone interested in the role of NGOs in international development should read the fifth essay in the book, which concerns the funding of anthropological research in the name of “development” to undermine potentially revolutionary movements. The author shows how the anthropology programme in the peasant community of Vicos in Peru was an explicit part of the US’s Cold War strategy.

For Marxist anthropologists this book is a valuable insight into the baggage that materialism carries within the discipline. It also points towards the need for a non-determinist and dialectical refoundation of Marxist anthropology. For others interested in Marxist theory and history it is a fascinating study in the political nature of ideas, and the terrible consequences of mechanical and deterministic approaches to Marxism. 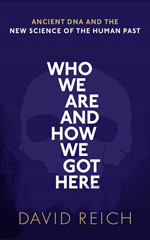