Appropriate Behaviour follows the trials and tribulations of Shirin, a bisexual woman navigating life in New York City. Beautifully shot, we follow Shirin through the pitfalls of changing career, pleasing her parents, internet dating and exploring her sexuality.

The film is interspersed with flashbacks, so the viewer is treated to the juxtaposition of Shirin falling in love, with her trying to piece her life together after the relationship comes to an abrupt end. The troubles she faces are ones many would recognise — the perils of internet dating, finding an affordable place to live and having a boss so stoned that he regularly loses his child.

Perfectly characterised, Desiree Akhavan’s Shirin is in turns unsure and assertive, naive and self assured, but she never commits the fatal flaw of being boring. This is a study in identity, whether Shirin is trying to be the perfect Persian daughter or the socially conscious lover. Appropriate Behaviour sits comfortably in the Lena Dunham, Woody Allen style of New York-loving self-referential comedy drama. It may appear cliched in some respects — a film about a beautiful 20-something struggling with life’s many hurdles is hardly breaking new ground. However, the tropes of this genre are mostly skilfully avoided, as the film doesn’t rely on chirpy indie music or kooky supporting characters to provide colour.

One aspect in which the film particularly thrives is Shirin’s acceptance of her sexuality — never once is it suggested her sexuality is a result of a “phase”. The portrayal of sex and sexuality is fantastic, showing the tenderness and occasional awkwardness that comes with new sexual experiences.

Shirin’s struggle for acceptance within her Persian family is genuinely painful to watch. Her insecurity presents itself as mockery — criticising her brother’s fiancee or making fun of Persian customs. Shirin is self-involved, showing little or no regard for the feelings of those around her. However, Akhavan manages to display warmth and vulnerability as Shirin bounces from one awkward situation to the next.

Appropriate Behaviour has some solid laughs in it — particularly around Shirin’s disastrous teaching career. The film has great comic timing — her attempt to seduce the manager of a food co-operative manages to walk the tightrope between cringe inducing and laugh out loud funny.

Appropriate Behaviour is hardly a masterpiece — but instead an excellent exploration of how your sense of self is directly influenced by those closest to you. At the end of the film you desperately want Shirin to find peace with herself, in whatever form that takes. With this, her directorial debut, Akhavan has firmly marked herself out as one to watch. 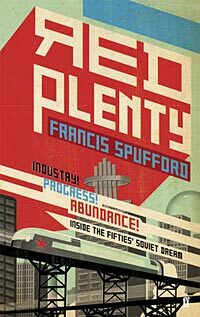 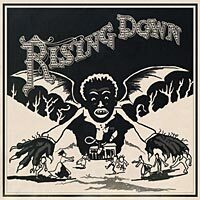