This article is over 16 years, 11 months old
On 1 January this year Wal-Mart introduced a system of radio frequency identification (RFID) tags on pallets and cases of merchandise going to 150 stores in the southern US.
By Sally Campbell
Downloading PDF. Please wait...
Tuesday 01 February 2005

Tesco has been testing similar devices in Britain. The tags currently track goods only en route from production to warehouse to store, but the technology could in future be easily inserted into any individual product – and thus tracked after purchase. One enthusiastic executive said recently, ‘We’ll put an RFID tag on everything that moves in the North American supply chain!’ Genetically modified food is already widely tracked using RFID.

Meanwhile the Control Arms campaign (Oxfam, Amnesty and the International Action Network on Small Arms) has released a report exposing the lack of any system to track lethal weapons as they are bought and sold around the world. This absence of tracking means that countries selling arms are later able to deny any responsibility for where they end up. ‘It is outrageous that you have more chance of tracking a GM tomato than a rocket launcher,’ said Oxfam’s Anna MacDonald. The Control Arms campaign is pushing for an international arms treaty to set up a global weapons-tracking system. Given that 8 million weapons are manufactured every year, this is no small demand.

Perhaps if such a system had been in place in Iraq back in 2003 we could have been spared the pretence about ‘WMD’. Unfortunately the priorities of capitalism will allow technology to snoop into our purchasing habits and categorise us to the smallest detail as consumers, but they won’t allow that same technology to curb the deadly arms trade. 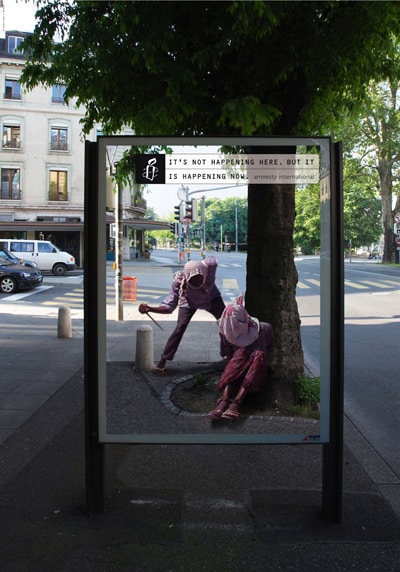