Art that attacks the establishment is not new. The Dadaists in Berlin from 1919 held a series of events aimed at the ruling class — they hung from the ceiling carcasses of dead pigs dressed in the uniforms of generals of the German Imperial army; they released a herd of cows among the critics at one of their openings.

Just as the horror at the First World War led to Dada so the current state of Russia has given rise to an art fuelled by anger, Pussy Riot being the most famous.

Art Riot mentions little of this. One of the unsaid themes of the show is how liberal we are in the West compared to Putin’s repressive Russia. But the West has been and can be just as oppressive to protest art as Russia. Ron Athey has had performances stopped at the ICA in London (his shows involved lots of his own blood and body piercing). Street artists face daily fights with the authorities while the career of JGS Boggs was plagued by arrests by the US authorities across the world (his crime was to draw the US dollar).

The other aspect of the Russian artists is how brave they are in the face of police oppression and how their performances often do damage to themselves (again this is not new — the American performance artist Chris Burton had himself shot in 1971, though only in the arm). Oleg Kulik has lived as a dog, forming a party of animals to take part in elections.

Pyor Pavlensky set fire to the doors of the FSB (secret service) which he named gateway to hell. He has cut off his right earlobe while seated naked on the wall of a psychiatric clinic. He has had himself wrapped naked in barbed wire and had his lips sewn shut during the pussy riot trial. Most famously he nailed his scrotum to the ground in Red Square.

In 2017 he fled to France after the authorities threatened to take his children into care. He is now awaiting trial after being arrested for setting fire to the doors of the Bank of France. He said the act was in the spirit of the attack on the Bastille during the French Revolution as the bank is today’s equivalent.

Pussy Riot champion the riotous spirit of early punk and attack not only mother church and mother Russia but also sexism and the machismo of Putin’s Russia. From an earlier period, the 1990s, Arsen Savadov highlighted the conditions of Ukrainian miners. United States of Siberia are a group who, unlike the other artists, use comedy rather than pain. They lampoon the authorities in a series of films about how the po-faced authorities respond to their piss-taking separatist Siberian movement.

AES+F is a collective of artists who in the 1990s responded to the Chechen war with a series of imagined projections as to what a world dominated by Islam would look like. At the time this was a comment on the irrational fears of Russia. But post-ISIS their ironic comments have been reinterpreted as visions of an Islamic dystopia with racist undertones.

There is one final irony to this exhibition. It is being held in a gallery owned by a super-rich western oligarch in an area of London where the super-rich live, happy to show art attacking the Russian equivalent of the gallery owner. And this is a danger for these modern day Narodniks of the art scene for, as well as oppressing art, capitalism can co-opt artistic rebellions. Today’s rebels can become tomorrow’s smug rich establishment. 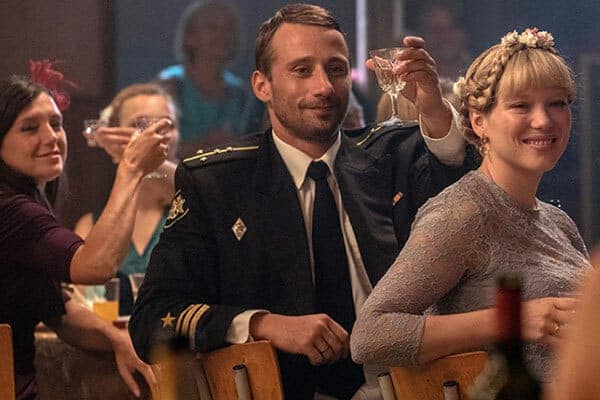 Enemies: capturing the spirit of the 1905 Russian Revolution