The blues of the Mississippi Delta, together with its close neighbour, gospel music, has been at the heart of western popular music for the last 70 years, and the well shows no signs of running dry. From the 1930s swing bands, through rock and roll, soul and on to rap and house music, black American rhythms and sensibilities have provided much of the soundtracks of our lives. Alan Lomax’s indispensable book provides one of the best accounts of the richness and diversity of that tradition.

Lomax, who died last year, was a musicologist, firmly on the left, with a passion for folk and blues music. In 1942 he made a recording trip to Mississippi with a racially mixed team (in itself a dangerous thing to do), and this book lays bare both the raw brutality and the resistance he found there. More importantly, it gives a voice to the voiceless. He’s a powerful writer, passionate and deeply observant, but what stays with you is the voices of the people who opened up to him.

Lomax is unflinching in describing the deep and all-pervading racism of the American South, and the vicious exploitation of both farmers and wage-workers. He shows us a deeply intertwined society, where oppressor and oppressed lived side by side and knew many of the most intimate details of each other’s lives. But his focus is the many ways in which the black population coped with and resisted their oppression. Music and the church were central to this as means for people to share, express and overcome their pain. Time and time again the music demonstrates their passion to hang on to and affirm their humanity in a society that constantly denied it.

In one early scene he tells of coming across a meeting for black draftees. They listen sullenly to the patriotic speeches, refuse to join in ‘My Country, ‘Tis of Thee’ and the Pledge of Allegiance. Then, as they march off, a black minister begins singing ‘Down by the Riverside’: ‘The whole crowd swung in behind him. Even the inductees, to a man, opened up and sang as they marched off to the station, until the words could be heard a mile away:

Although the blues was his ruling passion, Lomax also documented and recorded church music, field hollers, prison songs, and the many other streams that flowed into the blues. In particular, he shows how many musical forms have direct roots in African music. In many cases, his trip marked the first time that such forms had been recorded, and many of his most powerful moments come from hearing the childhood music of old men and women.

For the South was changing. The war had taken many men away, but it had also brought more jobs, more money, and greater opportunities to move up north. The jukeboxes in the bars were ringing with recordings made in Chicago and New York, rich with the promises of new opportunities. And the absolute hold of the old power structure was visibly waning. For much of the book Lomax is documenting ways of life that had already gone, and in the process giving a powerful sense of the South as a land in constant transition.

Why, though, should a music born out of such specific conditions flourish when the soil it grew in no longer exists? Lomax answers this, and explains why his book is so important, in the introduction: ‘This song arose in a period much like our own. Our species has never been more powerful and wealthy, nor more ill at ease. Homeless and desperate people in America and all over the world live in the shadow of undreamed-of productivity and luxury… Most earthlings, most nations, are distanced from technological luxury, and that imbalance is presided over by armed forces capable of destroying the planet itself. Rage and anxiety pervade the emotions and the actions of both the haves and the have-nots. And the sound of the worried blues of the old Delta is heard in backalleys and palaces alike.’ 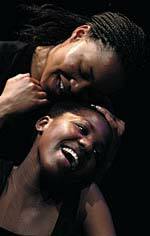 Pronoun - a play where young actors explore transition and identity 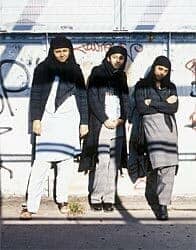