Many readers will already be familiar with Ben Goldacre through his previous book Bad Science in which he exposed the many and various fatuous claims made by homeopaths, reiki merchants, and other supporters of the fake treatments offered by alternative medicine. But one of the reasons so many people gravitate towards these nonsense therapies is because of their experience of conventional medicine. They have lost confidence in the quality of treatment they would get from their GP, and crucially they don’t trust “big pharma”.

And of course, they’re right. The global pharmaceutical industry grosses $600 billion a year and has its finger in every medical pie from sponsoring and conducting trials and suppressing the publication of negative results, through to subverting the publication of papers in academic journals, buying favours, employing ghost writers of academic papers, and even outright fraud. In July 2012 GlaxoSmithKline received a $3 billion fine for civil and criminal fraud. It spends $2 on advertising and marketing for every $1 spent on research and development. But the penalties are, as Goldacre says, little more than parking fines.

As Bad Pharma shows in clinical detail, trials are conducted under the control of the drug companies and there is routine suppression of negative results. If a large part of the trial data is unavailable, no one can check the validity of the conclusions drawn from clinical trials when the selected results are published. This is a systematic distortion of the data in favour of the drug companies. And the GPs have to rely on this data when they prescribe medicines.

It doesn’t stop there. The record of the industry in producing innovatory treatments and cures is lamentable. Instead the companies are focusing on “me-too” drugs, virtually the same as existing products, so they can continue exploiting drug patents and high prices. No drug company wants to focus on cures because it is far more profitable to manage a chronic illness. If they can piggy-back another near-identical product on an existing licence, they exploit another patent and make huge profits.

The detailed evidence throughout Bad Pharma is very clear: the whole infrastructure of medicine is permeated with the malign influence of the drug companies. Regulatory bodies flout their own rules and even legal judgements. Academic publishers and journal editors ignore their own guidelines – even entire medical journals have been covertly funded by drug companies! And vast numbers of medical professionals acknowledge the problem and do nothing. Faced with the overwhelming power of the corporates, they look after their careers, their departments, their projects. Reading Bad Pharma will make you furious. But what can be done?

Goldacre proposes a wide range of regulatory proposals including some actions from below: students taking their institutions to task over sponsorship deals, exposing ghost writers of drug company papers, demanding professional bodies implement and police their standards, and so on. We would all gain from these measures being implemented. But we have to ask if this is any kind of long-term solution, especially since Goldacre shows how ineffective such regulation has been in the past.

Under capitalism production becomes a coercive cycle to generate more profit, production for production’s sake. Medicine, instead of being focused on reducing illness and finding cures, becomes who can increase the need for more medication.

Common trivial conditions are medicalised, turned into illnesses which demand more products. So with all the regulation in the world, with all the raised awareness among medical workers and patients, those pressures will still make the industry corrupt medicine, distort the research, mislead the doctors. Regulation, though it may have some effect, will leave the system unchanged.

A socialist system would orient drugs research into cures and innovative treatments, delivered effectively and efficiently. Drug patents and the restriction of medical knowledge would be outlawed. It would make all research results of all trials open access, shared among anyone who needed or wanted them. Duplicate research would be eliminated; cooperation would be the norm. But taking power from the corporates won’t come through lobbying and appealing to important people, or asking nicely. It’ll come from mass action from below.

Despite its reformist outlook, Bad Pharma is an excellent book that deserves very wide readership. It provides plenty of information for socialists defending the health service against privatisation. 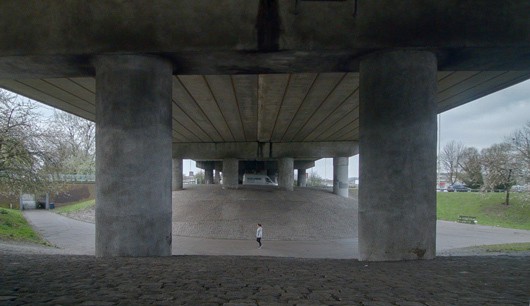