This article is over 5 years, 0 months old
With further elections coming this year in Europe, socialists must organise against racism and for alternatives to neoliberal politics.
By Joseph Choonara
Downloading PDF. Please wait...
Tuesday 03 January 2017

If the year just ended had a single guiding theme, it was the accelerating crisis of what Tariq Ali dubs the “extreme centre”: mainstream political parties and institutions that have become addicted to the neoliberal status quo.

December was a fitting end to a year that had already seen Britain reject the EU and the US reject Hillary Clinton. In Austria, where the annulled presidential election run-off was restaged, an independent candidate from the Green Party defeated the far-right Freedom Party of Austria (FPÖ) candidate.

Defeat for the FPÖ was welcome, but this does not reflect a firmed up centre ground. Since the Second World War two parties have dominated Austrian politics: the Social Democratic Party and Austrian People’s Party. Of 21 post-war governments, 13 have been “grand coalitions” in which both participated. Yet in the first round of the presidential election this year they saw their candidates beaten into fourth and fifth place with a humiliating 11 percent of the vote each.

In France, too, the centre is in disarray. The Socialist Party’s François Hollande announced he would not be running for a second presidential term after plunging to a popularity rating of 4 percent.

One of the most interesting ruptures came in Italy. Here prime minister Matteo Renzi of the centre-left Democratic Party, called a referendum on a package of constitutional reforms. The reforms were decidedly anti-democratic, slashing the size of the senate and reducing its power to block legislation, while concentrating more power in the hands of the government.

Those in opposition included the far-right Northern League and the conservative Forza Italia. There was also opposition from the Five Star Movement (M5S) led by comedian Beppe Grillo. This new party uses anti-establishment rhetoric, denouncing the elites who dominate political life.

But its narrow focus on corruption, rather than class or capitalism, and its rejection of the traditional divide between left and right, means that its politics are, at best, ambiguous. Grillo, as well as attacking the elite, complained during the refugee crisis that those arriving in Italy did not “speak Italian” and “created social tension”. In the European Parliament the M5S is part of the same grouping as UKIP.

However, there was also a left response to Renzi’s proposals. This encompassed the CGIL, the country’s biggest union, radical left groups such as Rifondazione Comunista and the left of Renzi’s own party. A writer in the journal Jacobin described how a popular campaign, drawing on “traditional practices of the socialist and communist movements” emerged:

“Activists…combined door-to-door canvassing with media savvy, leafleting, tagging, and banner drops, planning marches, protests, and flash mobs, spreading video messages and emails across social media… Vans fitted with speakers have played No messaging in the streets. Young people have invaded public transit to pass out flyers, sing songs, and talk to other riders. Some transport workers in Florence even sabotaged Yes publicity by tampering with the bus ads.”

The result was a clear rejection of the reforms — by 59 to 41 percent — and the fall of another European leader of the extreme centre.

The vote has wider implications. Before the poll the Financial Times’s Wolfgang Münchau predicted a sequence of events in which the combination of MS5, Forza Italia and the Northern League — all currently opposed to the euro — come to power, forcing Italy out of the single currency. This is unlikely in the short term. Pro-European parties can still form a government, despite Renzi’s departure. But the status quo is not sustainable.

Italian productivity has flat-lined since the mid-1990s. GDP has stagnated — and has fallen by 10 percent from 2007. Youth unemployment runs at about 40 percent. Within the eurozone Italy stands second only to Greece in its debt to GDP ratio. The mass of debt has left Italy’s banks in a dismal state. According to Marxist economist Michael Roberts, about a third of Europe’s €1 trillion in non-performing bank loans are in Italy. This bad debt amounts to about 20 percent of Italy’s GDP and far exceeds the €150 billion of reserves that the banks have built up to cover their potential losses.

This illustrates the way that Europe’s economic and political woes are intertwined. Inept and unpopular politicians struggle to fix the economies, while the continued economic stagnation further undermines their support.

The coming year will see new episodes in this ongoing crisis. As well as a potential banking meltdown in Italy — still the fourth-biggest economy in the EU — and the triggering of Article 50 to begin Britain’s exit from the EU, we will see elections in France and the Netherlands in which far-right parties are likely to do well.

Socialists should neither mourn the passing of the toxic old order nor minimise the challenge of the right wing forces unleashed by the crisis. Instead we are faced with a dual challenge: first to build mass movements capable of repelling the racist offensive, and second, to shape a radical left that rejects the extreme centre and aspires to a different way of running society. 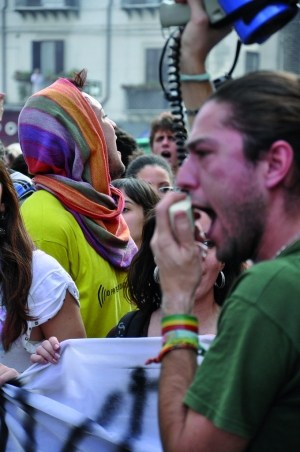