Emin’s work is controversial, hard-hitting and often misunderstood. Top Spot, her feature-length debut, is no exception. Just days before the scheduled release date it was pulled by Emin herself, a protest at the 18 certificate it was given. It says much about the British system that a disco aimed at young people can be called ‘Top Spot’ (the act of hitting the neck of a woman’s womb during sex) while a film documenting the impact of sexual experience on young women can be censored.

There is nothing contained in Top Spot that does not reflect the reality of Britain’s working class estates. It is not the subjects themselves that are so distasteful to the authorities, but the way in which they have been articulated. The film is a painfully accurate portrayal of modern adolescent experience, but its 18 certification limits its accessibility for those young people whose perceptions it presents. Top Spot at its best is a medium to reduce the alienation felt by young women and remove the stigma attached to talking about difficult emotions and experiences.

The stories of six teenage girls are prised from them during a series of interviews interspersed with dramatisations of the events they describe. Disturbing, but all too familiar tales of abuse, rape and naivety are told in the guttural language of a working class adolescence. The bare-faced reality of such intimate revelations has led some critics to claim the film ‘has the unnerving texture of a documentary home movie’, but this inexpert use of cinematic technique only adds to the sense of confidentiality between Emin and the girls.

Emin herself is only seen briefly during the film, once draped in a dirty Union Jack following a particularly distressing account of rape and finally escaping in a helicopter while Margate burns below. It is impossible to escape from the Britishness of Top Spot: Margate is perfect as the bitter-sweet backdrop where pleasure seekers are left unsatisfied and disillusioned. Emin has wisely avoided the temptation to film the graphic unpleasantries of the subject matter, leaving her work unlikely to be appreciated by those in Hollywood, but giving it a quality of suggestivity that would be lost with a greater reliance on visual effects.

As an exploration of the alienation and atomisation of youth, Top Spot is unparalleled in its scope. Even within the ‘closely knit’ friendship group, issues can only be discussed at a superficial level, leaving each to suffer alone. The miscarriage and suicide of the little-seen Lizzie, only discussed as a ‘slag’ until this stage, are the culmination of years of isolation during which her self-confidence has been eroded to such a degree that she no longer finds any value in herself. The girl who wanted to ‘marry, to be normal’ bleeds her life away into a bath discoloured by the blood of her foetus.

Personal tragedy masked by make-up and neon lights in a landscape dominated by grey towerblocks are all blown into nothingness by Emin’s symbolic departure in a helicopter from the beach front. While the film may be primarily an artistic statement, it does not exist like so much art, in a vacuum, but is placed firmly in context. It is Emin’s particular talent to allow life to breathe through her art, providing a forum for those lives and experiences bourgeois sensibilities would love to ignore.

For once the BBC has decided to take the initiative in showcasing new projects and will broadcast Top Spot on BBC3 during the Christmas season. It has also supported Emin’s decision not to ‘mutilate’ her work in order to gain a 15 certificate. 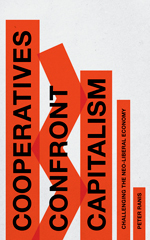