The left-liberal media play as great a role, if not a greater one, as the right wing media, in ensuring the continued dominance of capitalism. This is the main thesis in Beyond the Left, Stephen Harper’s analysis of the capitalist media.

Harper begins from a Marxist understanding of the media, illustrating the media’s role in ensuring that the dominant ideas in society remain those of the ruling class. Through a series of case studies, he picks apart the portrayal in the right wing media of issues such as immigration and strikes, showing how these are manipulated in such a way as to reinforce capitalist ideology.

But Harper’s critique does not end with the right wingers. For him the left-liberal media play just as insidious a role. In appearing to challenge some of the negative aspects of capitalism, the left wing media in fact reinforce the system, fooling its readers into thinking that capitalism can somehow be reformed.

So, argues Harper, the left wing media can challenge the effects of capitalism, just so long as they do not challenge capitalism itself. Thus it’s possible to challenge wearing a poppy on Remembrance Day, but its not possible to question the existence of nation states or the process of exploitation in the mainstream press.

Although Harper’s analysis of the role of the media is broadly correct, the conclusions he draws are at times mistaken. While he may be right, for example, that the appearance of Nazi BNP leader Nick Griffin on the BBC’s Question Time programme was mainly an attempt to reinforce the position of “mainstream” political parties, his conclusion that the BNP is not a fascist party, and that fascism poses no current threat, is mistaken.

Similarly, his understanding of the role of the left-liberal media leads him to see the fight for reforms as a counterweight to the fight for the overthrow of capitalism. Again this is wrong. Fighting over the kinds of issues that Harper outlines – and winning – can contribute massively to a growth in confidence among the working class. It is often being involved in these struggles that leads people to begin to ask bigger questions about whether society could be organised in a different way.

Although at times it is marred by sectarianism, Harper’s book provides a useful deconstruction of the media’s coverage of recent world events.

Unfortunately, in the same way as other recent attempts to analyse the media from a Marxist perspective, it overlooks the role that media workers can play in challenging the dominant ideas, a role that has become increasingly evident in the struggle against austerity in Greece. 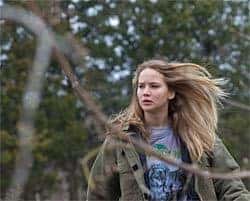 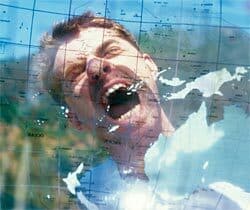