Kathleen Hanna, who originally went into music with a mixture of experience in stripping and spoken word, shook up the grunge music scene of the 1990s with a unique perspective and vocal anger. Bikini Kill, the band Hanna fronts, made a name for itself with punky honesty, shame-free sexualisation and an outspoken bluntness on controversial topics that weren’t spoken about (and often still aren’t), even after the punk movement had opened up the music scene.

Bikini Kill pioneered Riot Grrrl, a movement that called for spaces for women’s voices and expression within the punk and grunge movements — scenes that were against systems of oppression, but were still male-dominated.

With her experience working with victims of sexual violence and abuse, Hanna was angry about the misogynistic society of 1990s America. Through this, she became a new role model for teenagers of the time. She was angry, funny, sexually outspoken, and would perform with ecstatic energy, bouncing around the stage in her pants, sometimes with words like “slut” drawn on her body. A wave of new music, fashion, zines and art followed. Soon young women felt encouraged to use creative spaces to talk about their opinions and experiences, it made expressions of female frustration valid and even cool.

The band split in 1997, after an exhausting seven years, constantly being targeted for their message and style. The band suffered so much abuse and demonisation from the media in the years leading up to their split that Bikini Kill called for a mass media boycott from the entire Riot Grrrl scene. It wasn’t just the offensive press they were avoiding, but also the commercial attention that came with their success. Riot Grrrl was a guerrilla movement, with no intention ever to make anything other than the music they wanted to; they strongly rejected big management and big stadium shows.

So, here I stand, with my £7 pint, in O2 Academy Brixton, having already forked out £40 for my ticket, amid a sea of adults watching Kathleen jump around with their hands on their chins, like they are admiring a fine Picasso.

Sure, there are a few young people, with a vibrant and creative energy, but for the most part, this kind of venue could never capture Bikini Kill’s spirit. Hanna’s howling voice echoes around the arena, unintelligible through distorted guitar drones. Alas, with no attention to lyrics and message, the meaning of Bikini Kill is lost.

The band has apparently said they decided to come back because their message is still important today, but if they really intended to inspire young femmes, they failed. The plastic-packed version of punk Bikini Kill is selling costs more than most working class teenagers would see in a month, for a show that doesn’t seem to value communicating the politics of the music coherently.

I never thought I would get bored at a Bikini Kill gig. I definitely learned not to expect too much when artists are asking for extortionate prices after 23 years away. The team behind Bikini Kill took advantage of their cult fan base, as the band’s shows sold out in more ways than one. 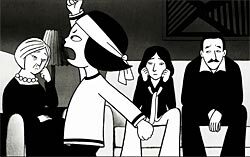 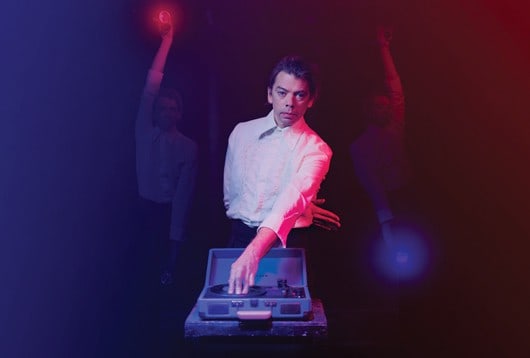