Blink and You’ll Miss It

This article is over 18 years, 10 months old
The narrow vote against national strike action by postal workers came as a shock to many of us in the Communication Workers Union.
By Fran Choules
Downloading PDF. Please wait...
Wednesday 01 October 2003

Royal Mail bosses, on the other hand, were jubilant. This strengthens their ability to ram through 30,000 redundancies with a staged productivity pay deal. The Financial Times summed it up like this: ’Royal Mail and the CWU were eyeball to eyeball, and 48,000 members of the CWU blinked.‘

The CWU decision to ballot was correct. So what went wrong? How did the union miscalculate so badly? There are a number of factors. Royal Mail workers are seriously disillusioned with their working lives, and fear for the future of their terms and conditions. Many view redundancy as a way out of their predicament. Others have been taken in by management promises of higher pay and negligible effects on their workplaces. In some areas intimidation by managers proved to be effective. Threats of lockouts and non-renewal of temporary contracts must have had an impact. In the past the workforce comprised of long-serving people on permanent contracts, grounded in industrial struggle and trade unionism. Currently there are large numbers of temporary contract workers employed who, generally speaking, do not have the same collective outlook. It is significant that the widespread industrial action within the Post Office has been absent for the last couple of years, due in part to the Sawyer report and the policy of partnership the union pursued to end a wave of unofficial action.

The CWU at branch level was probably the most important factor were a yes vote to be secured. Unfortunately in some areas the union message did not reach the members due to the inactivity of branch officials. It may be trite to say ’get out and talk to the members‘, but it is true. The regional divisions in the union caused by the defeat of deputy general secretary John Keggie also played a part. Officials from some branches lobbied their members to vote no – not on the issues, but out of some warped sense of retribution against Dave Ward and his supporters.

In London there was a three to one majority in favour of industrial action on London weighting payments. This raises the interesting possibility of unofficial actions around the country should management divert mail from London to the regions. The same could be true if management try to impose changes without concluding an agreement with the union. 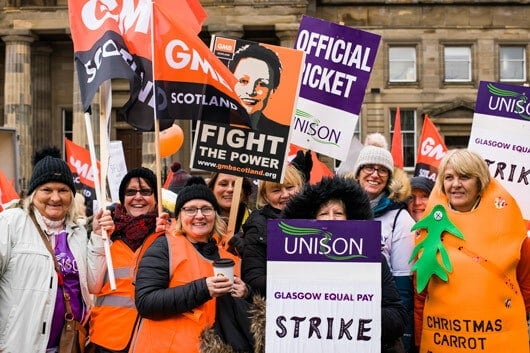 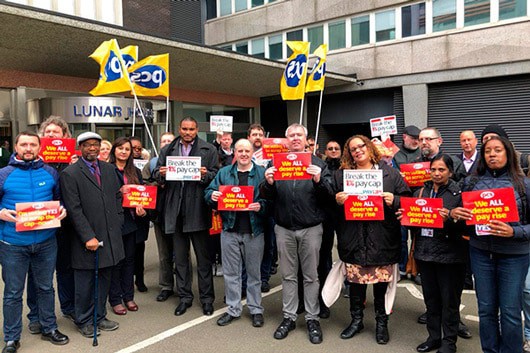 Time to escalate the fight