Blue Is The Warmest Colour

Blue is the Warmest Colour is a love story that follows the relationship of Adele and Emma, two lesbian women with very different lives. When we meet Adele she is 15, still in school, impulsive and bright. She is just beginning to grapple with her sexuality, realising she might be gay and the challenges of coming out.

She is unsatisfied with the relationship she has struck up with a male classmate. Until she meets Emma, an older, blue-haired, talented art student, she is unsure of what she wants.

The film follows their intense relationship. They move in together and meet each others’ families. It is here where class and how it affects our relationships is explored. Adele is from a working class family who don’t immediately accept her sexuality. Emma is from a rich family of intellectuals and artists. It is this juxtaposition of socioeconomic backgrounds that ultimately plays a part in the end of their relationship.

Blue… has been mired in controversy since its debut at Cannes, where it received the coveted Palme d’Or. Much of the discussion has been stolen by a ten minute long sex scene in which director Abdellatief Kechiche insisted the two heterosexual actresses made love in ways that push the boundaries of what we usually see in Hollywood films.

Many critics have described the scene as tantamount to pornography, a display of lesbian sex filtered through the straight imagination. It is true that this scene is gratuitous and almost cold. The actresses and workers on the film have complained through the French film union Spiac-CGT that they were forced to work 16 hour days, bullied by the director.

The scene is understandably unrealistic and propagates myths around women’s sexuality, relationships and expectations of their bodies. But this scene should not steal the show.

Blue… is a tender, touching love story above all else. We see the development of Adele into an independent and confident woman. Adele and Emma are a radiant, youthful couple and their story, though sometimes painful to watch, is captivating and beautiful.

The film depicts both the blissful and stark realities of relationships under capitalism. Both Adele Exarchopoulos and Lea Seydoux are stunning in their portrayals of the two main characters. This is a film for anyone who has had their heart broken and for anyone who wants to challenge homophobia and sexism. 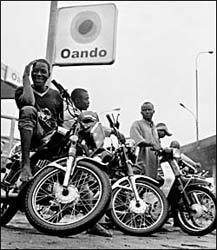 The Barbarity Behind the Bombing

New in Paperback and Children's books