This article is over 2 years, 8 months old
By Shaun Doherty
Downloading PDF. Please wait...
Tuesday 07 May 2019

The Brexit vote in June 1916 reignited the historically contentious issue of the Irish border. As the only land border between the EU and Britain it became the focal point of arguments about a withdrawal agreement, encapsulated in the “Backstop” proposal for Northern Ireland, the purpose of which was to ensure the continuation of the existing “frictionless” border and avoid the politically explosive prospect of a return to customs posts and tariffs on trade.

Ferriter, professor of Modern Irish History at University College Dublin, has written a useful historical account of the establishment of the border and the ensuing conflicts surrounding it. The Government of Ireland Act (1920), which paved the way for partition, was intended to take Ulster out of the Irish question and take Irish MPs out of Westminster through the formation of a parliament in Dublin (the Dail) which would have jurisdiction over the rest of Ireland.

The objective of partition and consequently the bizarre shape of the border was to ensure that Northern Ireland had a Loyalist majority that would protect the interests of capital in the industrial heartlands of shipbuilding, engineering and linen around Belfast.

The subsequent creation of the Northern Ireland state was based on institutional discrimination against the nationalist minority over jobs, housing and local democracy.

The disturbances surrounding its birth between 1920 and 1922 led to 7,550 Catholics being driven out of their jobs and sectarian violence in Belfast that led to the deaths of 300 Catholics. Catholics were two and a half times more likely to be unemployed than their Protestant counterparts.

As Cahir Healy, Sinn Fein MP for Fermanagh and Tyrone, put it, Northern nationalists had been “sold into political servitude for all time”.

The sectarian state in the North was mirrored by an increasingly conservative state in the South which was constitutionally subservient to the ideology of the Catholic hierarchy. Its successive governments paid lip service to the idea of Irish unity, but in practice adopted a policy of co-existence with the Northern State. This was articulated even when the north exploded in 1968 with the Civil Rights agitation.

The Southern government acknowledged that “these people (Northern Catholics) could never go back to the situation before August 1969”, while at the same time it asserted that “we can’t take over Britain’s financial contributions (£100 million pa in 1970), nor do we want the terrifying task of keeping sectarianism and anarchical mobs in order.”

Even after Bloody Sunday in January 1972, when there was a heightened sense of “oneness” in the South for the North, there was nervousness about the direction this would take if the struggle spilled over the border into the South.

Interestingly, and with hindsight ironically, when both Britain and Ireland joined the European Economic Community in 1973 there was optimism that this would contribute to the ending of partition. As Patrick Hillery, foreign minister for the South, put it “Northern Ireland will become a European problem.” Of course it did and it has, but not in a good way.

The Belfast Agreement of 1998 highlighted the role of the EU. It had already contributed more than £2.5 million to the North since 1990 and by the time of the Brexit referendum this economic investment had increased significantly and disproportionately. For example, EU subsidies through the Common Agricultural policy represented 87 percent of income for Northern Ireland farmers compared to 53 percent for the UK overall.

Ferriter’s book traces the complex relationship between the UK and Irish governments over the issue of the border since its inception. Since Brexit, however, the issue has loomed even larger not only in this relationship, but in that of both countries to the EU. For all three players it has become an intractable problem. 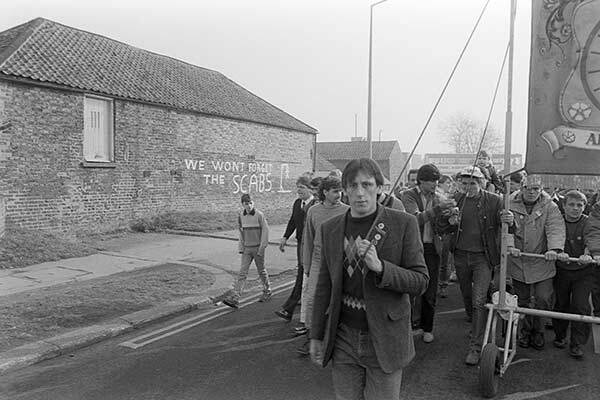