This is the second film version of Graham Greene’s brilliant 1938 novel, Brighton Rock, updated from the 1930s to 1964 by director and screenwriter Rowan Joffe.

Brighton is still the seedy resort of the original novel, with petty hoodlums and protection rackets. But highlighted here is a new social reality of clashes between mods and rockers and the rise of luxurious lifestyle gangsters.

The film features Pinkie Brown (played by Sam Riley), an insecure young thug who is desperate to assert his power. He murders a petty rival in a revenge killing and is forced to marry Rose, an equally insecure young waitress (played with real vulnerability by relative newcomer Andrea Riseborough), who half-witnessed the murder.

The film has tremendous pace and edginess – as befits a film which owes much to film noir. Dramatic lighting, tone and colour, use of camera angles, close-ups and sound serve to bring out the violent mood of the story, including the psychological violence of Pinkie’s treatment of Rose. Violence also infects everyday holiday jollity. For example, the knockabout on the pier Punch and Judy stall acts as a stylised counterpoint to murder.

Thug he may be, but Pinkie is a victim in his own way, as, clearly, is Rose. Their sense of being outsiders forms the basis of their bond. Rose loves him despite knowing he is a murderer but Pinkie can barely mask his hatred for her. Their marginalisation is epitomised by the recurring image of one or other of them peering through a window at a life beyond their material or spiritual grasp.

Greene explored the contradictory nature of Pinkie (he is both thug and frightened little boy) through religious paradox. Pinkie’s conscious embrace of evil (he is Catholic) is in contrast to good-time Ida, who as Pinkie’s pursuer works by conventional rules. The sinner is superior to the saint.

Joffe pushes religion less. His Pinkie is not so boyish or vulnerable and Ida (Helen Mirren), here Rose’s employer, is more engaging than in the novel. Perhaps this is a weakness. Nevertheless, in an understated way, Ida’s sense of justice is shown as compromised. She and her gentleman friend (John Hurt) come to patronise the opulent hotel owned by the gangster who wipes out Pinkie’s gang. Small time protection rackets have become official business – socially recognised and protected by the police.

Does the film entirely work? I thought the pace flagged in the last third and that the ending was a cop-out. In Greene’s book we are left after Pinkie’s death with the imminent shattering of Rose’s illusion that he loves her. In the film this horror is replaced by a cheap, sentimental trick – a real blemish on an otherwise interesting and arresting film.

A World to Win: political poster exhibition at London's V&A 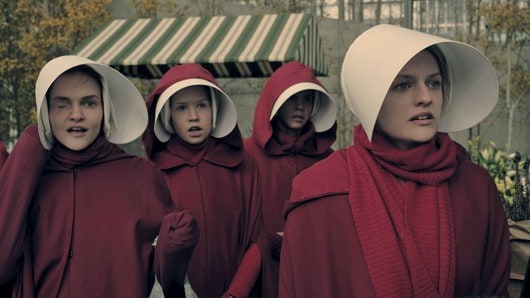