The British Art Show is a five yearly overview of contemporary art and a chance to survey in one place the work of leading, younger generation contemporary artists. Significantly the exhibition tours provincial cities rather than basing itself in the capital.

There are 42 artists represented here and in a welcome departure from past practice curators Anna Colin and Lydia Yee extended invitations to non-British artists who work in the UK and the exhibition is undoubtedly the stronger for this.

Colin explains that the key themes of the show emerged out of conversations with artists and involved “new thinking around materiality”. According to Colin this (new) materialist school of thought, which has in recent years infiltrated art theory and practice, involves “the dismantling of the opposition between subject and object…and the recognition of an objective reality outside what is perceived and conceived in the mind”.

It is refreshing to have the philosophical underpinning of a contemporary art exhibition presented in these terms after the years of postmodernist mumbo-jumbo we have been subjected to.

So what of the work on show at British Art Show 8? Many of the artists included in the exhibition are clearly attempting to reach out and engage with a broad audience beyond the narrow confines of the market. Some are explicitly critical of the market although sometimes this critique may appear naïve.

Collecting money in sculptures in order to alleviate student debt, as the collaboration between Ahmet Ögüt, Liam Gillick, Susan Hiller and Goshka Macuga does, is probably a flawed strategy. But it is a means of raising the issue and exploring its social significance. It would be cynical to reject such heartfelt attempts to engage the audience in this way.

Some of the work falls back on a conceptualism that lacks metaphorical “weight”. However, much of the art, particularly some of the video installation, is really impressive. Two pieces in particular stand out for me: firstly Mikhail Karikis’s Children of Unquiet, secondly John Akomfrah and Trevor Mathison’s All that is Solid Melts into Air. Both of these pieces are visually and sonically stunning and genuinely moving. Poetic and in some ways defiant of explanation, they are both beautiful works of art inviting reflection.

Less beautiful (to say the least) is Rachel Maclean’s Feed Me. This exploration of consumer culture, the commodification of children and the plastic dystopia of late capitalism is the stuff of nightmares. I’m still struggling to get the images out of my head! 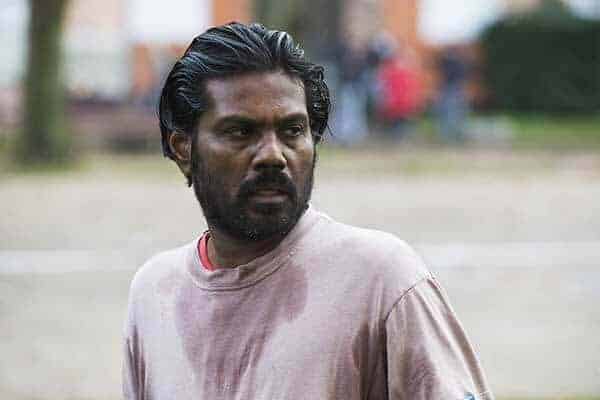