This is the “inside story” of Gordon Brown. Seeing the closure of local factories had shocked the teenager Brown, so he joined the Labour Party. The first phone call to congratulate him on becoming prime minister was from Washington. He assured the US there would be no deviation from Tony Blair’s policy (“getting up Washington’s ass and staying there”).

Once Washington gave the OK, Brown withdrew British soldiers from Iraq and sent more to Afghanistan. Other key decisions defined his premiership: extending detention without trial; rejecting a clampdown on offshore tax havens; welcoming Margaret Thatcher to Number 10; and bringing Peter Mandelson back as a lord. Brown got angry when Israel bombed Gaza – his aides had not woken him in the middle of the night to take a call from Israel’s prime minister.

As chancellor, Brown had declared the end of “boom and bust”, yet while in Number 10 there was the biggest recession since the 1930s. The slump in Labour’s popularity fuelled a series of plots to unseat him. All failed. You can read every agonising detail in this book.

Brown’s enthusiasm for opposing Tory leader Cameron’s planned spending cuts is described. The book shows that when Brown spoke in class terms his popularity rose. He wanted this to lead in Labour’s election materials, but it was ruled out as Labour had already announced its own cuts. 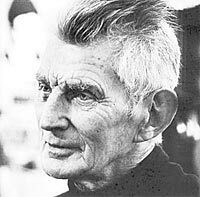 Samuel Beckett: poet of pessimism or herald of resistance?