Bulletins from a War Zone

This article is over 15 years, 8 months old
A revival in politically conscious reggae is finding a global audience, says Adeola Johnson.
By Adeola Johnson
Downloading PDF. Please wait...
Monday 01 May 2006

Musical mythology has it that there has been no conscious Jamaican reggae since the early 1980s. Radical prime minister Norman Manley’s economic reform programme had been brought to a halt by the International Monetary Fund and the CIA. Bob Marley intervened in the 1980 election to quell the violent gang rivalries of Manley and his opposition challenger Edward Seaga, and for a moment it seemed that reggae could succeed where politicians failed. But in the end Seaga became the prime minister, and his neo-liberal “reforms” were the context in which the new sound of “slackness” (a form of reggae that prided itself on sexual explicitness and glorification of violence) developed.

Today Jamaica is a country still struggling with the weight of its colonial past and its neo-liberal present – the country still spends far more servicing debt than it does on health and education. One consequence is that there is no free education after primary level, and another is that Jamaica has one of the highest murder rates in the world.

Much of the mainstream media sees reggae as a politically “backward” music.They continue to propagate the idea that offensive reggae records like Buju Banton’s “Boom Bye-Bye” and TOK’s “Chi-Chi Man” are the main source of homophobia on the island. This ignores the fact that the state and its homophobic laws – which originated from the British colonial regime – do far more to reinforce prejudice.

Despite this, political Jamaican reggae has been making something of a comeback recently. Last year Damian Marley shook the music world with his album Welcome to Jamrock. It is one of the best reggae records of all time, and prompted Kanye West to say that he would swap the whole of his much-lauded Late Registration album for the title track from Marley’s album. With praise like this, and a shelf-full of awards, Marley has got the airplay that he deserves, and lyrics like these are on the lips of millions:

Welcome to Jamrock, poor
people dead at random
Political violence can be done
Old men to pickney, so wave
one hand if you with me
To see the sufferation sicken me

Other Rastafarian singers have emerged with varying degrees of consciousness. They range from Luciano and Cocoa Tea, who reject slackness in favour of the more traditional mantra of “peace, love and freedom”, through to Capleton and Richie Spice. The latter artists, who have produced arresting work, are more a reflection of the religious, sexual and moral contradictions that surround and affect them.

The revival of conscious reggae is occurring against a background of a society in deep crisis – what the legendary Greensleeves Record label describes as a “warzone”.

Singer Fantan Mojah is someone who embodies some of the contradictions in conscious reggae. He was fined $1,000 for a lyrical assault on homosexuals during the Western Consciousness 2005 show in Jamaica. But listen to his song “Hungry” and you will hear the anger towards the poverty and inequality in Jamaica:

Bless the ghetto yout dem
Through stress and pain
No matter how tough and hard out there
Why, why, why my people cry
Why, why, why
Mama hungry
Papa hungry
Breddah hungry
Sister hungry
Some people a rise
And give wicked man a surprise
And bun dem in front of their eyes
They treat poor people like flies

It would be wrong to think that outbursts of homophobia are what attracts millions of people to reggae. Rather, it is the songs that talk of resistance to oppression that allows the music to speak to people well beyond Jamaica.

One example of this is the Greensleeves album One-Drop Anthems. It is a collection of “Bulletins From a Warzone” – a mixture of black and white musicians and singers from Jamaica and Europe who find that they have much in common, both artistically and politically.

Meanwhile, the new reggae dancehall sound of bashment has been injecting its propulsive beat into both hip-hop and R’n’B. At events like the Asian Mela in Ealing, west London, you will find Asian kids who have their own take on the bashment sound and are adapting it to their own conditions, and their own oppressors. 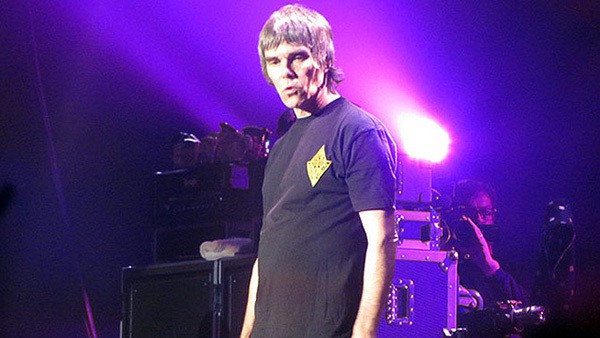 The Trouble with Billionaires