Sam Shepard’s important 1978 Pulitzer Prize winning play is often said to belong to the American gothic tradition. Hidden horror is flagged in the title but there are deeper myths at work here.

Ostensibly this is a play about a family, its failings and its possible renewal. The story is of Dodge, the patriarch here played by Ed Harris, and the matriarchal Halie, his abusive wife, played by Amy Madigan.

Harris brings a powerful American naturalness to the part and plays the comedy of old age brilliantly in this initially realist production.

Dodge is dying and so is his farm, the field barren for years. They have two surviving sons, Tilden and Bradley, and an idealised dead son, Ansel. The relationships are layered with secrets. Family life is one long round of abuse.

This dysfunctional interplay is interrupted by the arrival of Dodge’s grandson, Vince, and his girlfriend, Shelly. The family, perplexingly at first, refuse to recognise Vince until he flees, embarking on a long night drive during which he is forced by a dream-vision to recognise them in himself.

The binaries of birth and death in the play are synthesised in Vince. His drunken and violent return and symbolic rebirth, climbing through the torn fly netting, is the turning point. Dodge anoints him as his heir — ritualistically listing all that is to be passed down.

There is renewal, the corn in the sterile field miraculously grows, but we soon see that the new king is just the same as the old one.

Written in the aftermath of the oil crisis of 1973 and the beginning of deindustrialisation, the situation can be read as that of America itself. There have been good times in the past but now the country is stuck in a cycle of destruction.

That past does not point to a future. The American dream has turned sour, no longer able to provide for its children.

This is a pessimistic play lightened by dark humour. Its revival in the age of Trump may indicate the impasse of the American liberal left — political change only reproduces the old corruption.

Shepard’s postmodernist outlook leaves little to hope for. Socialists cannot accept this position. We must insist that even the recognition of things gone wrong brings the possibility of change. But go and see it; be part of the argument. 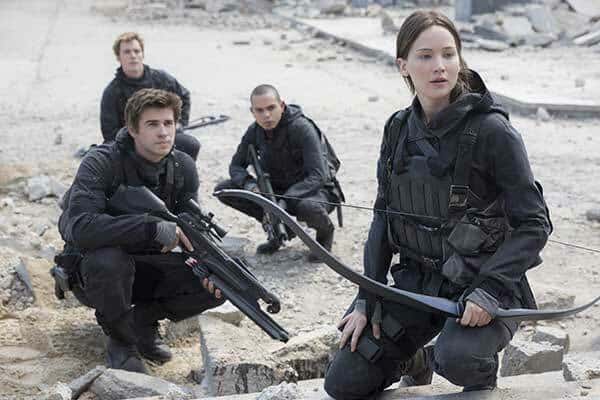 Hunger Games’ finale is a bittersweet tale of defiance