… at Crymlyn Burrows on the Neath Swansea border despite a wave of protests from residents, environmentalists and the Stop the Incinerator Campaign, which was founded by SWP and Welsh Socialist Alliance activists.

This incinerator scheme, which cost £32 million to build, is intended to burn huge quantities of household waste from Neath, Port Talbot, the upper Swansea valley and Bridgend. HLC also hoped to build a similar plant in Wrexham, north Wales, but was eventually refused planning permission there following a lengthy campaign by residents.

The Crymlyn Burrows incinerator plant has already run into operational difficulties despite not being fully on stream. First it was shut down for two weeks by order of the usually ineffective Environment Agency for breaching safety regulations. More fundamentally, however, a massive fire broke out at the plant earlier this month which has left it with structural damage. This blaze lasted for over 24 hours and was fought by 70 firefighters from across south and mid Wales. Local residents, already complaining bitterly about the stink from the plant, have had to contend with smoke from the fire entering their homes.

The incinerator has few friends left. Even the New Labour group of councillors who pushed for the plant to be built in the face of widespread opposition have barely uttered a word in its defence.

The incinerator battle has been one of the most important environmental issues in south west Wales for a long time, involving safety and health concerns, democratic accountability and the notorious Private Finance Initiative. This particular story has some way to unfold but the intervention of determined campaigners could still put incineration into the dustbin of history. 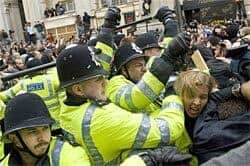