From Calcutta to Cairo

In Delhi it was organised by the Committee Against War in Iraq formed in October 2002. Some 3,000 people marched in the heart of the capital, New Delhi, in protest against imperialist plans to attack Iraq. Placards and banners said ‘No War on Iraq’, ‘Down with US Aggression’, ‘Protest Now or Perish’. Other placards showed the connection between the war and corporations. Students, academics, writers, social activists and workers were part of the march. Dalit (oppressed caste) and Muslim groups were also present to protest against the war in Iraq.

The Indian police were present in full force, with water cannons, batons and guns. They had barricaded the street so that the procession could not march to the American centre. The protesters made no efforts to break the barricade and so the procession was turned into a meeting. People then sang songs of protest and revolution, clapping and playing musical instruments. Leaders from left parliamentary parties and Dalit and Muslims groups spoke in the meeting. Most speakers exposed US claims about the need for war against Iraq and denounced Bush as an imperialist. The Indian government was also criticised for its pro-US policies and for not firmly opposing war.

There were lot of youths who felt frustrated that the protest was not vocal and militant enough. They thought that some parties were not sincere about the need to fight US imperialism and were being populist. They felt that a real revolutionary alternative was needed both to the US warmongering and the hawkish Indian government.

Anti-US demonstrations were also held in Kolkata (Calcutta) and Mumbai (Bombay). People are making their own efforts to organise demonstrations and protest marches. For example, there was a huge meeting organised in the Jawaharlal Nehru University, New Delhi, on 9 February where hundreds of students enthusiastically took part. Novelist Arundhati Roy and academics Prabhat Patnaik and Aijaz Ahmad effectively exposed US and British imperialist designs. 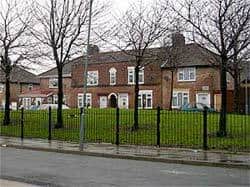